It's true that the National Party and Green Party can work through their differences, says National leader Simon Bridges, but his Green counterpart says the Nats were "looking for the catch" when offered more Question Time. 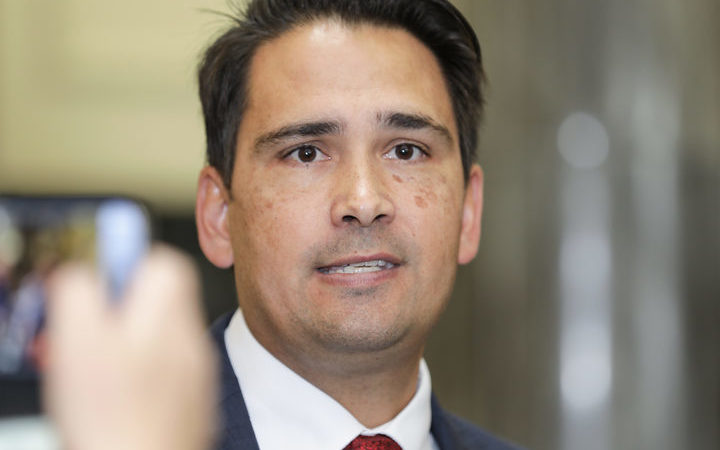 He started by defending his party over the database mix-up which meant possibly thousands of petitioners were getting National Party promotional material, saying it was not intentional and they would work to ensure it did not happen again.

However, he soon moved on to the global political climate and the breakdown of relations between Russia and the UK over the use of a nerve agent on a former Russian double agent.

He said there had been a complete absence of leadership from the Prime Minister over the condemnation of Russia after the use of a nerve agent on a former Russian double agent in the UK which Russia is being blamed for.

"She's effectively been defending the indefensible for a week, she got to the right position finally," he said.

"I think what is still concerning is we haven't heard from Winston Peters, I haven't heard any condemnation by him of Russia and I'd like to hear it."

"The contrast here is very clear, if you look back to 2014 Tim Groser, our then trade minister, was literally in Russia about to sign a trade agreement when John key made quite clear - because of the invasion of Crimea I think it was - we would not do a trade agreement."

National and Greens have differences but can work together - Bridges

Regarding the Green Party's offer for National to take their allocation of question time, Mr Bridges said he first found out about the offer last Thursday.

"The chief of staff of the green party approached ours ... it was presented to us as something they had been thinking about, it was their principled stance, they thought the patsys were a waste of time."

"From our side we couldn't see a downside from doing this, there were no strings attached, it does allow us to better hold the government to account at question time."

"From their perspective they get to be doing and to be seen to be doing the right thing."

He said he intended to honour the spirit of the way the deal had been done, "to make sure we're asking questions that matter on issues that matter and doing it with a real seriousness of purpose".

He said he had done a lot of things for the environment including introducing more renewable sources of electricity as energy minister, in spite of some of his other actions that could be considered anti-environmental.

"I do hope though that they have seen in me as a new leader someone who has emphasised the environment more and wants to do that, and I think also we are in National more open to working with the greens in this term of Parliament on issues we've got a common interest in."

National and the Greens had some differences of opinion he said, but could still work together.

"I'm sure they would say stop oil and gas permits today, I certainly wouldn't say that, but it is also true that we have common ground when it comes to the environment.

However, Mr Shaw said the National Party had been a bit "non-plussed" when first offered the deal.

"I wasn't in the first conversation ... but I'm told they spent a while asking what the catch was and they couldn't find one.

"I think that the onus is on them. If they want to use those points to score cheap political points, I think that points to their character."

He denied the main reason for the deal was a strategic attempt to mark out a distinct voice for the Green Party.

"We are very cognizant that the history of MMP are littered with the carcasses of parties that have gone into government and haven't come out the other side.

He said the patsy questions were pointless.

"In this case, the reason that we did this is because it is our long-held view that patsy questions are a waste of time," he said.

"When was the last time you saw a news report covering a patsy question?

"If you look at the last Parliament, 40 percent of the questions in the house were by National MPs asking questions of themselves, just over 30 percent were from the Labour party asking the National government questions."

He said there would be a chance at the standing orders review at the end of next year to advocate for further reform.

He said Question Time's fundamental purpose was to ensure the government was doing its job.

"It's a tiny slot, it is the part that most people see - unfortunately, because it is the weirdest bit and doesn't resemble the rest of the process at all - but I think that if people see Green Party ministers being tested on what we're doing and that we perform, then people will see that we are up to the task."