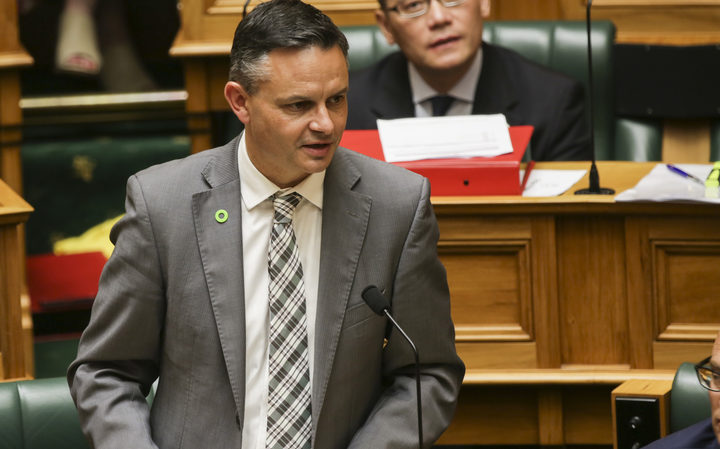 The MPs who benefit most from the use of patsy questions - aka the government asking questions of themselves to highlight their achievements - are government backbenchers as they can get on record how a government announcement is helping their electorate. With no electorate MPs, the Greens have given up little. What they have gained is the ability to demonstrate to their coalition partners that they won't be pushed around. National now has an extra question each day to hold the Labour and NZ First Ministers to account.

It would be a leap to think that a procedural deal means a coalition agreement is on the table - and National Party leader Simon Bridges has definitively said it is not. But environmentalism is now mainstream and all parties know it. It would not take much for a Green-National partnership to deliver some wins for both sides. The two parties have the numbers to pass legislation on their own - shutting out Labour, NZ First and ACT. NZ First and Greens voters are virtually allergic to each other. Not all Greens and National voters are - giving them both parties a window of opportunity.

This is not the first time National and the Greens have done a deal. Under the Key-led government in 2009, the two parties signed an agreement to work on furthering three key policy areas - home insulation, energy efficiency and regulation of natural health products. The Greens also supported National's Working for Families package in 2017 that changed tax thresholds for the lowest earners. Labour did not support this legislation. This sign of pragmatism, where they didn't agree with all the policy specifics but with enough to support it, is a reflection that the Greens wanted to be seen as seriously delivering on their values. Not just playing opposition for opposition's sake.

To get from procedural deals to policy deals would require movement on both sides. The Greens would have to refocus to being an environmental and social responsibility party, not a left or right party. A vertical sustainability party is essentially how Green-Blue coalitions eventuated in Germany.

For National to accept such a move would require less benefit fraud stunts like Metiria Turei in 2017, and more of a return to the Greens' 2011 election branding where they ran on slogans like "For a richer economy" and "A smart economy is a green economy".

If the Greens are able to put themselves in that space, National voters are going to more easily find common ground with them. The Bluegreens - the environmental policy group within the lay National Party - is one of the largest and most well organised. It has high profile supporters like Nikki Kaye and Maggie Barry. Additionally, last year the YoungNats backed Generation Zero's proposed Zero Carbon Act.

The next indication of whether the Greens are likely to be more open to National policies will be the election of the leader. When James Shaw, a former business consultant, became co-leader in 2016 it signalled to many that the Greens were now more a party of urban professionals than former hippies. There is a clear distinction being made between the two candidates for female co-leadership. A strong environment builds a strong economy platform of Julie-Anne Genter or an acknowledgement of the Greens' socialist roots with Marama Davidson. The outcome of the leadership contest will signal where the Greens are heading as a party.

A stable, calm government is good for Labour but the Greens know making some noise in holding the government to action is the only way they can ensure electoral survival. The Greens-National deal is just the first shot across the bow of the coalition demonstrating that the Greens know there are other options out there.