With strike action hitting headlines as nurses push for better pay, other parts of the health workforce are keenly looking on.

But for some, it is with a tang of bitterness. 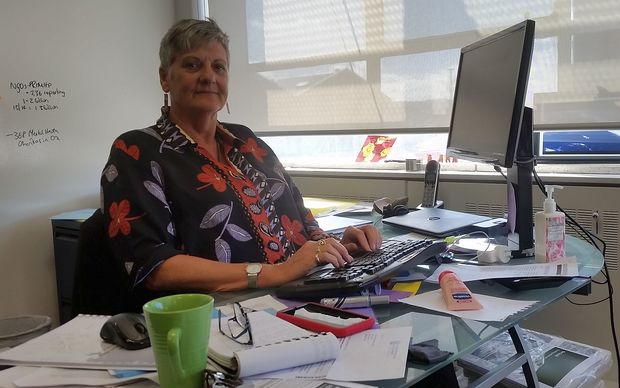 Up to 30,000 nurses walked off the job last week in what was the first national nurses' strike in three decades.

Health Minister David Clark has said it was "time to take a pause" for nurses and District Health Boards (DHBs) to reflect before returning to negotiations.

"We get ahead one little bit, then the nurses are going to want more money. All the time we're competing between community services and secondary services, such as hospital services."

Ms Blake was referring to the sector win last month, when mental health and addiction workers were finally incuded in the care and support workers deal.

She said it was an exciting time because prior to that people had been leaving the workforce in droves.

"Support workers would say things like 'why would I drive past three rest homes to get to a mental health job, when I could go to the first one and get paid $6 an hour more than I am at the moment?'"

The country's increasing need for mental health workers has been well documented, and the government's plans for the sector are clear.

Its policies include mental health workers in decile four secondary schools, and a pilot for free counselling for young people aged 18-25.

Ms Blake was pleased to hear that, but said the reality was the workforce situation was dire.

"You talk to any young person in Wellington who's trying to get into a mental health service. Or anyone up at Vic [Victoria] who's struggling at university, the waiting list to see a counsellor there is incredible - it's about three or four months," Ms Blake said.

"People can't afford to see a psychologist, just ordinary people in the community, because they're all in private practice."

Nigel Sutcliffe is a school counsellor preparing to finish his bachelor's degree in counselling. After three years of studying, he said there were not great financial prospects.

Some counsellors and support workers were getting minimum wage, he said, but for everyone else it varied considerably.

"It can be anything from voluntary koha, to $50 or $100 if you're lucky, and that's private practice. Whereas if you walk out as a qualified counsellor you're only walking out into a job with an average income of about $44,000."

Dr Clark said that was one of the big challenges the government had inherited.

"We've sent clear signals that obviously mental health is a priority for this government, and also parties in the government have campaigned on funding the health sector better," Dr Clark said.

"So I think people will be able to see that we'll be employing more people in healthcare in New Zealand.

"We want to grow the healthcare workforce and we want to make sure that people get the public services they expect and deserve - and we're taking steps to ensure that happens."

The government is holding an inquiry into mental health, and will not make any major decisions before the report lands on the minister's desk in October.

The inquiry panel is currently on the road hearing from people all over the country about what is working, what is not and what could be done better.