Health Minister David Clark says there is no more money to offer nurses after their 24-hour strike ended this morning.

Nurses returned to work this morning after a 24-hour strike over staffing shortages and pay came to an end.

Up to 30,000 nurses walked off the job yesterday in what was the first national nurses' strike in three decades, with crowds of nurses hitting the streets to protest the district health boards' latest pay offer. 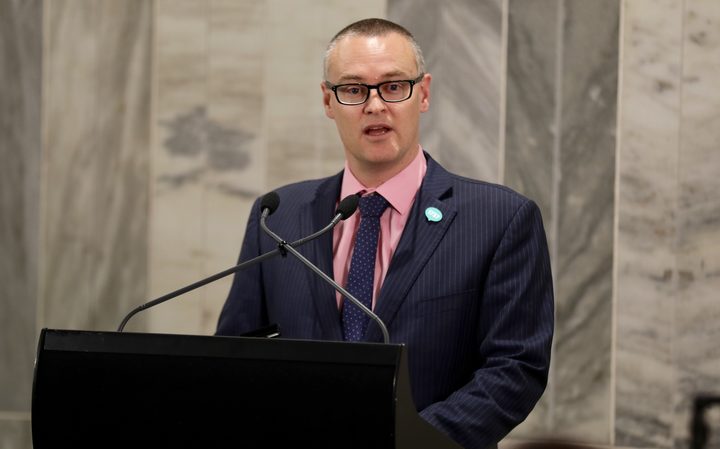 Speaking today, Dr Clark said it was "time to take a pause" for nurses and District Health Boards (DHBs) after strike action.

"Both sides need time to reflect before returning to negotiations."

Mr Clark said activity had been down at DHBs nationwide yesterday, and he rejected claims from some nurses that there had been more nurses rostered on than usual.

Dr Clark reiterated that there was no more money on the table to break the deadlock.

"That is the offer."

The government had to balance the demands of the nurses with being a prudent economic manager, said the minister.

"I've said that there's no more money for nurses' salaries and also that we're hearing concerns about safe staffing; there are other things that we're doing and addressing."

Nurses last week rejected a $520 million package, which included pay rises of between 12.5 and 15 percent, and an increase of 500 full-time nurses across the country.

He said the government had doubled the funding offer made after an independent panel worked with nurses and DHBs on their negotiations.

"We can't address all of the concerns and all of the things we'd like to address in one pay round.

"We've put extra money in and we do reach the end of the process at some point."

Dr Clark said the nurses' union and DHBs had received a recommendation from the Employment Relations Authority about their negotiations.

Dr Clark said contrary to media reports about fully staffed hospitals during the time of the strike, there were not extra staff rostered on.

"Activity was down across the DHBs as of course because elective operations had been postponed and demand had been reduced, contingency planning was effective and oversight of safe staffing, and the success of it owes a great deal to the constructive efforts of both sides of the negotiation.

"DHB had more nurses on than usual", said Dr Clark, "but hospitals did feel a lot quieter in many cases because of a reduced demand, and a high level of volunteer activity."

The volunteers were all people who regulary helped out at hospitals, and as far as he was aware none did any work that should have been carried out by trained nursing staff.

At the media conference Dr Clark also said he had not been "on holiday" but he had a commitment planned several months to take his family away on holiday, but one which he cancelled for himself.

"I transported them overseas and came straight back... I think it's in 33 hours and I can say also I was in connection with my colleagues the whole way through that period."

Meanwhile, the nurses' union has warned its members that balloting for further strike action may be needed.

A member of the union's negotiating team, Lesley Harry, says on the union's website that if the government and DHBs

refuse to provide extra money for an acceptable settlement then balloting for further strike action "will likely be necessary".

Lesley Harry declined to be interviewed about the comments.