National has scuttled Green MP Jan Logie's hopes that Parliament would stand united in support of victims of domestic violence. 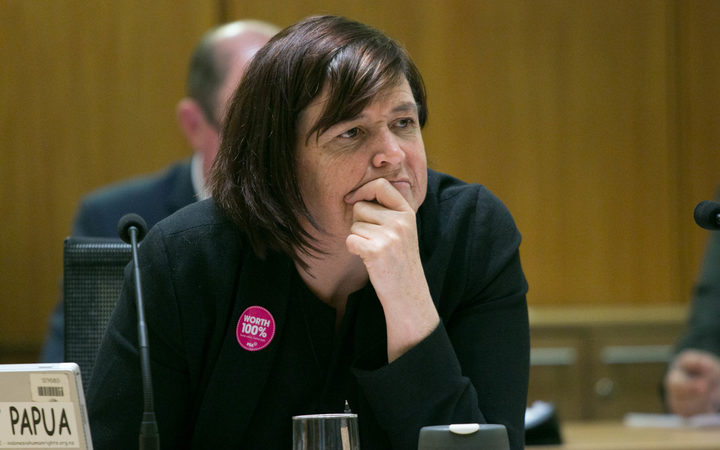 Ms Logie has a member's bill before Parliament to give workers up to ten days leave to deal with the consequences of violence at home.

National supported the idea at first reading, but now says it's unfair to small businesses.

Justice spokesman Mark Mitchell said it is important that victims of domestic violence can speak to their employers about what's happening at home.

But he said it's also important that small businesses aren't agonising over the cost of compliance.

"Whether it be cashflow, whether it be personnel; worrying about being able to make that payroll to actually pay your employees," he said.

"That is something that's important, because if the business fails, they don't have a job."

Mr Mitchell introduced two amendments following these comments at the bill's second reading, and said their adoption would have guaranteed his party's support.

One would have required an educational campaign to make sure businesses were aware of their obligations.

The other would have ditched the extra leave and instead guaranteed that domestic violence victims could use their sick leave or annual holiday entitlements without question.

They were voted down.

Ms Logie believed National was playing politics, and said it was frustrating.

"I was really keen to see it pass unanimously because I think it sends a really strong message to the country that we're all united and doing everything we can to protect victims of domestic violence and ultimately end it."

Ms Logie said the point of the legislation is to establish a standalone entitlement of 10 days leave.

She said there are so many businesses that want to support their staff members but don't know how to do that.

"Part of what this legislation does is provide them with the framework to walk through supporting that staff member.

"That in turn increases the productivity, reduces staff turnover and improves the entire workplace culture. There is significant benefits to those employers."

During debate last night New Zealand First suggested a tax rebate for businesses who may struggle to cover the cost of the extra leave.

That's going to be discussed with the Minister of Finance and the tax working group.