A Green MP's bill designed to help victims of domestic violence has passed its first reading in Parliament with unanimous support. 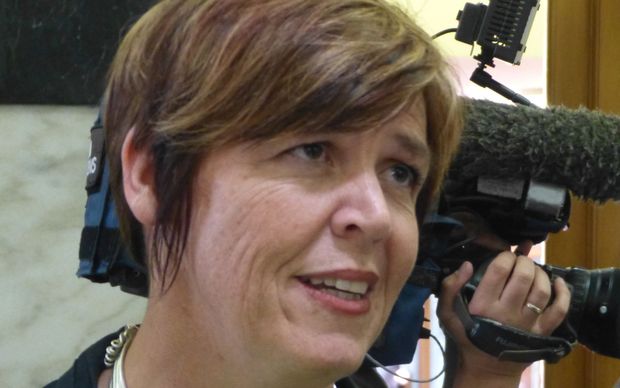 The legislation would give victims up to 10 days' paid leave, giving them time to seek counselling and legal advice, attend court hearings or even move house.

The Green Party's Jan Logie said her bill could quite literally save lives.

"This bill helps workplaces and employers show they care, and makes sure every victim of domestic violence gets the support they need."

She told a story from her time working for Women's Refuge about a woman who had fled from her partner, taking her children, after years of abuse.

Ms Logie said she'd tried to organise time off work for the woman but was turned down.

"I remember that night driving her up to the door of her work and she was lying down in the back of the van and her fear was palpable. She went back to him the next day, and I don't know how things worked out.

"People ask why do women go back? This is why."

She thanked all parties for their backing, saying it sent a message to survivors that Parliament was paying attention.

"I hope everyone listening will go away thinking that ... we are prepared to listen, engage and get this right."

National had previously voiced opposition to the proposed law, arguing it would impose significant costs on businesses.

But the Justice Minister, Amy Adams, said while the government still had concerns, it was "very happy to have an open discussion."

"I've got to say that I've been utterly appalled, as I know other members of the House have, at the sheer scale of this issue in New Zealand."

The police last year were notified of family violence upwards of 105,000 times, she said.

"That's once about every five minutes."

But Parliament alone could not solve the problem, Ms Adams said.

"And fundamentally, we can keep women safe, and we can do what we can to support the women, but if we want to stop this, we have to change the behaviour of the men who beat their loved ones in their life."

"Ten days isn't much but you know what, it's a heck of a lot more than what we used to get.

"And it's a good start. It actually says, yup, we have a responsibility here."

Jan Logie expressed gratitude to the MPs of all parties, saying her faith in humanity had taken a leap.

The legislation will now go before select committee for more discussion and possible changes, before returning for a second reading.