Foreign Affairs Minister Winston Peters is talking up the prospect of a free trade agreement between all 53 commonwealth nations after discussions in London over the weekend. 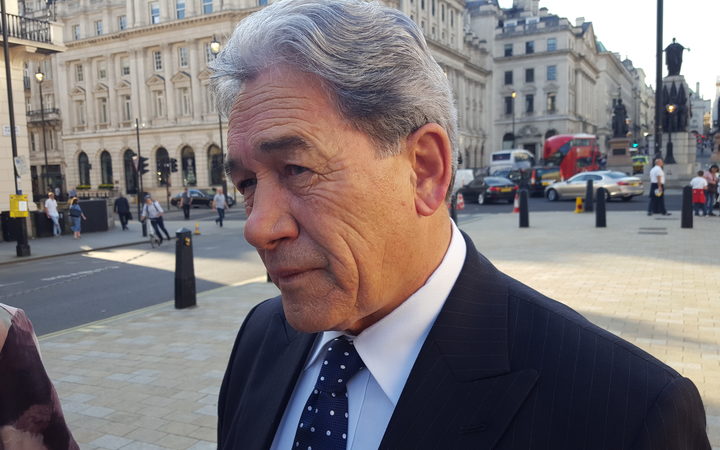 Winston Peters was in London with the Prime Minister for the Commonwealth Heads of Government (CHOGM) meeting, where the idea of a deal was floated.

New Zealand is already working on trade agreements with Britain and the European Union as Brexit looms, but Foreign Affairs Minister Winston Peters said there was a lot of excitement at CHOGM about a possible free trade agreement between all the commonwealth nations.

He said leaders want to get started on the deal before the UK leaves the EU next March.

"There's a whole lot of excitement about that and how we might begin to put some flesh to an idea, which was levelled two years ago, but since 23 June 2016 it's become real and so that was very exciting.

"A whole lot of countries - without saying too much about it - realise there's something very exciting and new about this," he said.

Prime Minister Jacinda Ardern said there was potential in the deal, but New Zealand's main focus was on the EU and UK Free Trade Agreements - which represent $15 billion and $5bn in trade.

"That's where we're focused, but at the same time we do see there being benefit to us continuing to nudge along the fact that where we have these platforms - as we have with the East Asia summit and the Pacific Alliance - that actually the platforms provide a good starting point for a discussion around trade."

International Business Forum executive director Stephen Jacobi said the Commonwealth had not been used as an economic instrument in the past, and a deal with Commonwealth countries could link New Zealand to new business prospects.

He said India and countries in Africa were of particular interest.

"For the first time in my career I hear Africa being talked about not just as a partner in development, but as an economic partner across a range of commercial activities.

"The African countries are themselves starting to integrate more closely with a number of free trade and other economic cooperation initiatives," he said.

New Zealand is still involved in talks on the Asia-wide RCEP deal, and has negotiations under way with India, but those talks have been limping along since 2010.

National Party trade spokesperson Todd McClay said he was hopeful of Commonwealth discussions, but was wary of so many players being involved.

"India hasn't done a high-quality free trade deal with any country of the world yet, it would be really good if they would do one with New Zealand.

"I'm just a bit cautious around how much progress could be made Commonwealth-wide, because the more parties you put around a table the greater the challenges. We saw that with TPP," he said.

Mr McClay also said any notion that a Commonwealth deal could be struck before Brexit took place was impossible.

"That's just not going to happen - TPP with just 12 countries took nine years to negotiate, the countries were similar, the Commonwealth are very different types of economies and very different parts of the world.

"It is worth us being part of that conversation and helping to move it forward, but it can't go before our desire for a free trade agreement with the UK and with the European Union," he said.