Prime Minister Jacinda Ardern has been selected to deliver a toast to the Commonwealth at a state banquet of world leaders at Buckingham Palace. 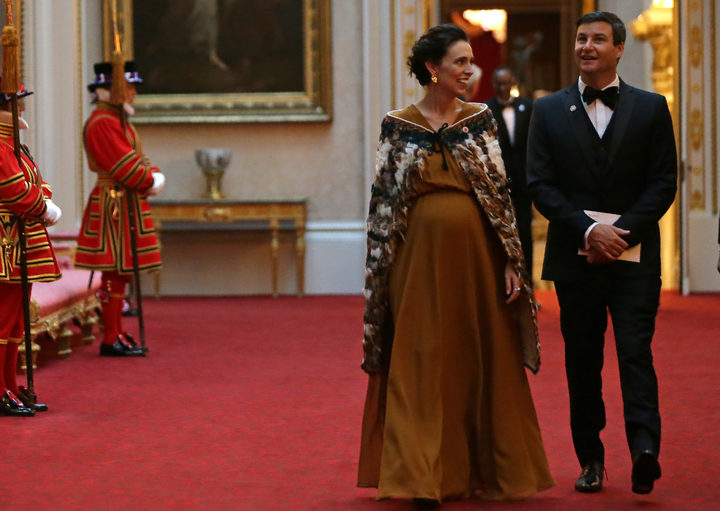 Ms Ardern and her partner Clarke Gayford are to attend the dinner this morning (NZT) along with members of the royal family and more than 50 leaders from the region.

They will be seated at round tables - each seating 10 people - in the palace's picture gallery.

The banquet will cap off the first official day to the Commonwealth Heads of Government Meeting in London.

The leaders from all but two of the 53 Commonwealth nations are spending the next two days at CHOGM discussing a range of topics including security, trade and climate change. 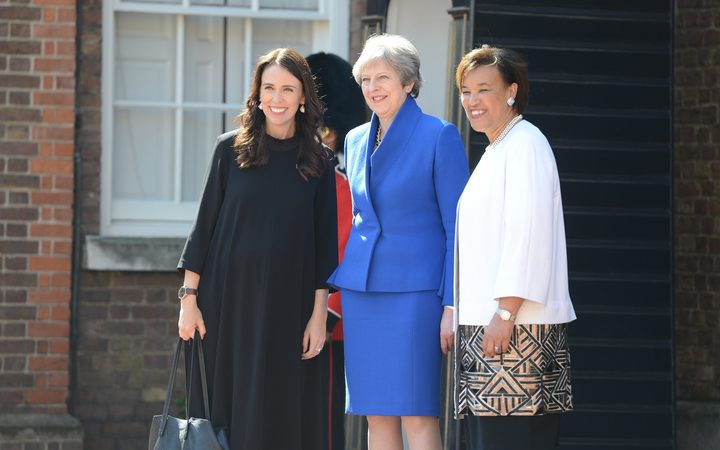 Ms Ardern will toast the Commonwealth and is expected to wear a korowai. Ghana's President Kwame Nkrumah has been chosen to toast the Queen.

Ms Ardern was also one of only four new leaders to get a private audience - for 20 minutes - with Queen Elizabeth earlier in the day.

Before that, the Queen formally opened the event saying it was "a pleasure ... to welcome you to my home" for the biennial meeting.

The leaders from all but two of the 53 nations are at CHOGM, where they were expected to discuss a range of topics including security, trade and climate change.

In an unusual move, the Queen also appealed to Commonwealth leaders to appoint her son, Prince Charles, to take over from her as head. 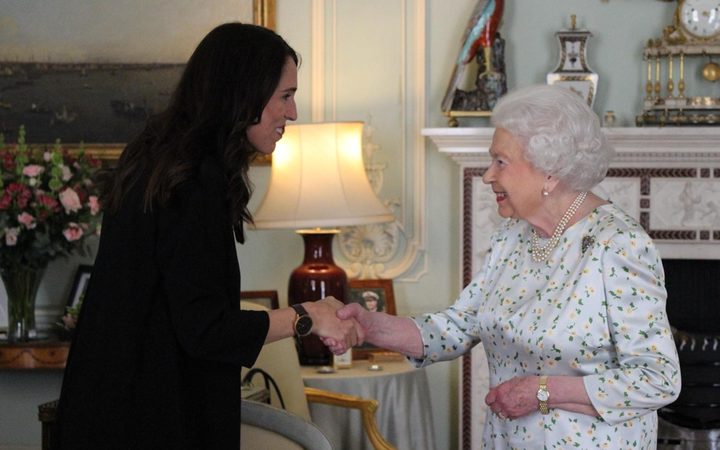 She said it was her "sincere wish" that the Prince of Wales one day take over the position.

The role is not hereditary and so will not pass automatically to Prince Charles on the Queen's death.

The leaders are to decide on the successor on Friday. Ms Ardern has expressed support for the Queen's view.

Former prime minister Helen Clark said the 53 Commonwealth countries lacked women leaders, and needed to do more to encourage them.

Miss Clark, who recently headed the United Nations Development Programme, has been speaking on the sidelines of CHOGM about women's empowerment.

She said she did not see many women among the 51 leaders attending.

"It's dire. I don't think there were ever more than three women heads of government over the four CHOGMs that I attended.

"At this one there will be Shakir from Bangladesh, there will be [UK PM] Theresa May and Jacinda Ardern from New Zealand. Are there any others - I'm really struggling to think."

She said New Zealanders had come to expect the Prime Minister would be a woman more or less half the time, and other countries needed to open their minds and political systems to the same idea.

Miss Clark, who believes New Zealand should abolish the monarchy, also backed Prince Charles to be the next head of the Commonwealth saying the Royal Family sit above politics.

"He should be the head of the Commonwealth," she said.

"I've had the privilege of meeting him on a lot of occassions and actually I find he does fine work and advocacy around issues I'm interested in."