RNZ chairman Richard Griffin is refusing to hand over a voicemail message he received from the Broadcasting Minister Clare Curran to a parliamentary committee. 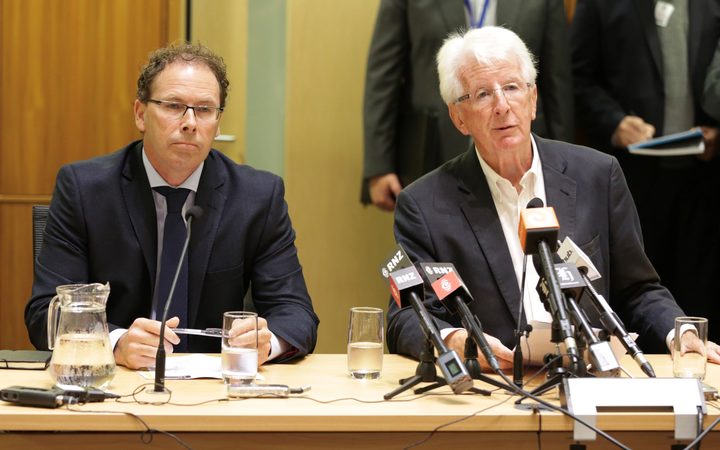 Ms Curran called Mr Griffin after it was revealed he and the RNZ CEO Paul Thompson had misled the committee over the nature of a meeting between the former Head of News Carol Hirschfeld and Ms Curran.

The minister called Mr Griffin and left a message urging him to write to the committee to correct the record as soon as possible.

When he and Mr Thompson reappeared before MPs last week, Mr Griffin said he interpreted the message as being it would be better for everyone if they did not turn up in person.

But he said they wanted to front up to apologise and answer any questions, and their reappearance had already been scheduled.

During that second hearing last Thursday Mr Griffin was asked to play the message but he refused.

National MP Melissa Lee then formally requested he hand it over to the committee.

In a letter to the committee chair Jonathan Young, dated 9 April, Mr Griffin said the "inappropriate call" from the minister, and its content, were not related to the matter that needed correcting.

Mr Griffin said he viewed it as a "fresh issue which is also irrelevant given that it had no part in the decision RNZ and I had already made to return to the Committee".

Handing over the voice mail message, received on his personal phone, would be "breaching my own ethical boundaries and, I believe, further damage relations between RNZ, the Minister and the wider Government", said Mr Griffin's letter.

"In making this decision I have also taken into account my belief that it is unusual for a Select Committee to request personal communications from a Minister to the Head of a Crown Entity.

"To achieve finality at this time, I respectfully decline the request by the Committee."

Melissa Lee said she could not comment, as Mr Griffin's letter of refusal was considered by MPs in a private session of the committee this morning.

'So many unanswered questions'

"This is, with respect to him, bigger than Richard Griffin, this is ultimately about ministers and the state broadcaster's accountability to Parliament and you know we've got so many unanswered questions here."

Mr Griffin and Ms Curran had different versions of the pressure RNZ has come under, said Mr Bridges.

"It would be good to see a subpoena or actually a voluntary handover so that we could answer some of those many, many unanswered questions."

However, Prime Minister Jacinda Ardern said it was time to put the controversy to rest.

She said it was her understanding the whole select committee had to support any further action to force Mr Griffin to hand over the voicemail and that "hasn't been there".

"I think ultimately really though the matter has come to an end, the minister has apologised, admitted her mistakes, Richard Griffin has made his position clear, I'm not sure there's much more to be gained."