A "comprehensive report" is needed on funding for a project linked to a businessman who's being investigated by the Serious Fraud Office (SFO), says Shane Jones. 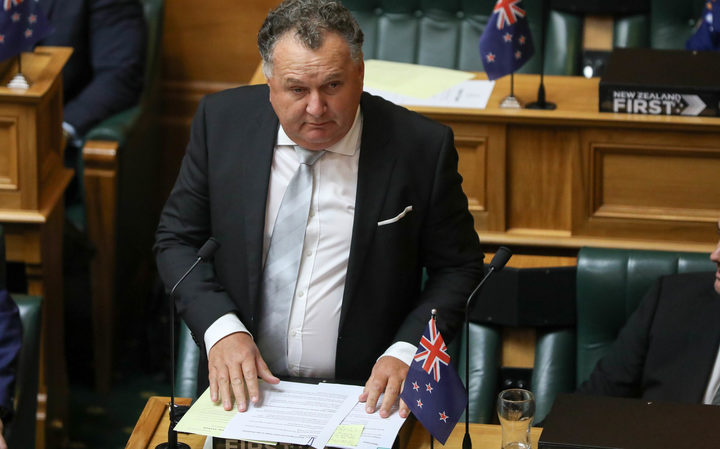 The government's new flagship regional development programme is funding a project connected to Gerard Gallagher, a businessman who has been referred to the SFO over Canterbury Earthquake Recovery Authority property deals.

Mr Jones announced the $350,000 funding in his role as Regional Economic Development Minister last week, but was unaware of the connection between the waste-to-energy project on the West Coast and Mr Gallagher.

Mr Jones told Nine to Noon today he was seeking answers and had asked officials for a "comprehensive report".

"What I'm told is that this particular proposal was initiated back in 2016 and [20]17, and funding ... was allocated under the last regime."

He did not want to discuss any details about the individual involved.

"Other than to say, when we do proceed with these allocations it's important the officials are very thorough," said Mr Jones.

"I'm going to call for a report but also acknowledge it has pretty widespread support in a benighted part of the country - Buller."

The money from the Fund is towards a feasibility study, so Mr Jones said that would determine whether the project should take place at all.

As minister he relied on officials doing due diligence, said Mr Jones.

"But I don't think it's a train wreck, if anything it's a mild form of roadkill - and if it's a hedgehog we're going to strike a few pricks on my journey anyway."

"Wraparound" support for the project may be needed, said Mr Jones, if the project did go ahead once the feasibility project was finished.

But Act Party leader David Seymour said National was in no position to criticise the government, as it set the fund up in the first place.

He said the fund was ripe for three years of fraud and waste, with $3 billion up for grabs, and the minister had dropped the ball by not doing due diligence on this project.