Prime Minister Jacinda Ardern says she wasn't concerned about an Australian journalist's question line, much of which focused on her pregnancy. 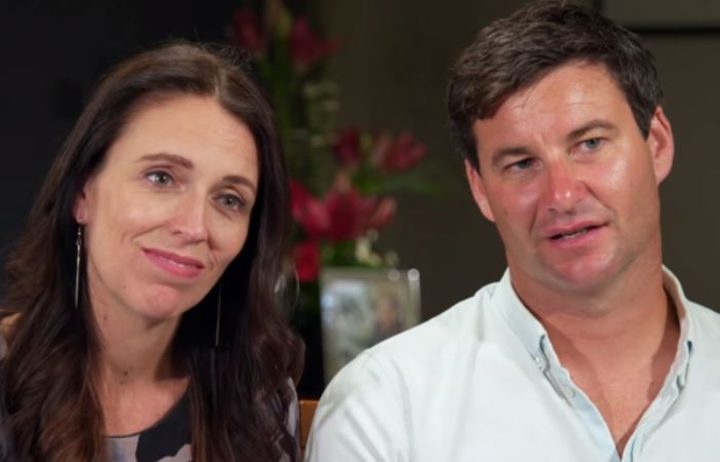 Ms Ardern said she had not seen the interview yet, but she was not concerned about any question lines, including about the baby's inception date.

"You're assuming I haven't been asked by New Zealand media that question before as well."

Ms Ardern said at the time she was asked, she was a bit thrown, but "it would be going a bit far to say I was somehow offended by it".

"It's one I think put under the heading of too much information," she said.

Ms Ardern said she did not find the interview sexist or insulting.

"The interview didn't particularly stand out for me in a way that made sense when I saw some of the headlines that followed on.

"I had to look back and remind myself what the questions might have been."

Maybe she had lost all sensitivity, Ms Ardern joked.

"Maybe it's just that I'm from Morrinsville. I don't know. I just wasn't particularly phased by any of it."

During the segment, Mr Wooley described Ms Ardern as attractive and young.

"I've met a lot of Prime Ministers in my time, but none so young, not too many so smart, and never one so attractive," he said.

He spent time with Ms Ardern and her partner Clarke Gayford earlier this month to talk about the country's new leadership.

But instead he asked questions about the conception of their child, which resulted in a surprised reaction from both Ms Ardern and Mr Gayford.

"There is one really important political question I want to ask you, and that is, what exactly is the date the baby's due?"

Ms Ardern laughed while answering "the 17th of June," to which Mr Wooley made a comment about the timing of the conception.

"It's interesting how much people have been counting back to the conception, as it were."

PM Jacinda Ardern should have walked from the so-called interview on 60mins. Not an interview. It was demeaning. PM give yourself permission to remove yourself from such abuse.

Charles Woolley is bloody painful. Was interested in the Jacinda Ardern interview on 60 Minutes but he made it cringeworthy.

The current affairs programme responded in a statement to 9Honey.

"In its 40 years on-air, 60 Minutes has always been renowned for its political interviews conducted without fear or favour," a spokesperson said.

"In interviews with various world leaders including Bob Hawke, Margaret Thatcher and current Australian PM Malcolm Turnbull, 60 Minutes reporters have always asked the tough questions which the public has been wanting to hear, while also showing the human side of these individuals that we rarely get to see," the statement said.

"Charles Wooley came away from his interview with Jacinda Ardern in awe of her poise, intelligence and everyday charm, which was reflected in the full story."