Opinion - I felt cynical, tweeting a call to arms shortly after we all learned through Twitter that the Prime Minister is expecting her first child in June. 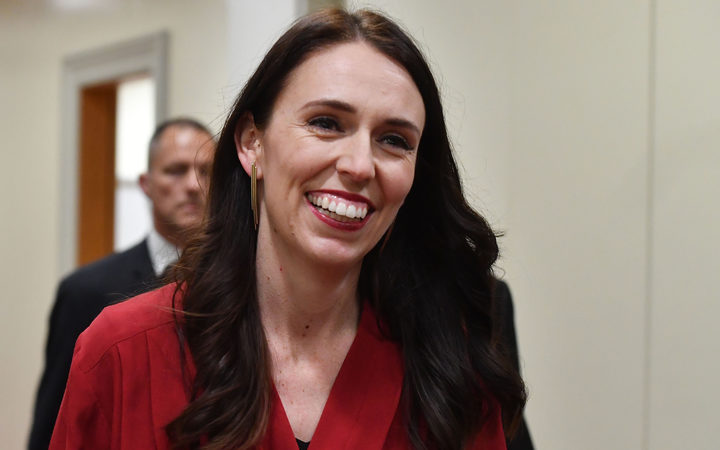 All right, time to roll up the sleeves and get ready for one HELL of a wave of sexist concern troll bullshit against our PM.

Then I saw some of the responses she received - thankfully a minority among a overwhelming outpouring of congratulations and aroha.

"Guess Mark Richardson wasn't so out of line!"

Mark Richardson's comments were absolutely out of line.

While a lot of people like to focus on the fact his question would be illegal in an employment situation - and aren't politicians our employees, after all? - the simple fact is it was none of his business, presumptuous, and rude.

We now know that Jacinda Ardern and Clarke Gayford have previously been told they would need help to have children - and this pregnancy is a wonderful, happy accident. In that context, Richardson's comments could have been deeply hurtful, and I have even more admiration for the cool-headed firmness with which Jacinda quashed it.

There's a wider impact of that kind of discussion. Many people struggle with fertility issues and especially if you're a woman the constant questions of, "When are you having kids?" or the assumption that you've chosen not to have any (especially if you're a 'career woman') are just another straw on the camel's back.

Women who have young children often struggle to find flexible work or even get their old jobs back after taking parental leave.

A constantly-cited factor in the inequity between men's and women's pay - in the same jobs, at the same companies - is, "Oh, well, women just take time off to have babies," as though babies offer no benefit to our society.

It's a big jumble of prejudices and assumptions which reduce women down to a tick-box: "Childbearer, yes or no?" It's demeaning for those who don't have children and it's insulting to those who do, treating their babies like a function instead of wonderful little human beings.

"Conflict of interest in the paid parental leave bill?"

And again we could rebut it with legalities: elected officials aren't covered by paid parental leave provisions. But let's consider how often male politicians are asked whether it's a conflict of interest for them to vote on matters related to parenting.

Bill English has six children, yet I cannot recall a single instance where they were portrayed as an obstacle or distraction from the job of prime minister or leader of the opposition.

And you can't win: remember when National Party MP Maggie Barry implied that Jacinda Ardern shouldn't speak about paid parental leave at all because she didn't have children? (I hope Ms Barry is offering the PM an apology today, along with congratulations.)

The implication is that we shouldn't have the voices and perspectives of pregnant women or mothers in our political debates, because they're biased unlike sensible, rational men who apparently don't think about their own children when voting on legislation.

It's the same old sexist story we see in the equal pay debate (women are "better suited" for caring jobs so they don't have to be paid as much as "real" jobs) or the abortion debate (pregnant people can't be trusted to make their own medical decisions) and many other issues.

But I think that's going to change.

Best news ever! A new sproglet to add to the growing sproglet contingent in Parly!! Perhaps there will be a sproglet caucus pretty soon https://t.co/CN7pR1Dzb8

Hapū - to be pregnant. pic.twitter.com/DhRugHaTy9

So my 5 year old wants to know if there will be two Prime Ministers once @jacindaardern has the baby? A big and a little one?

Congratulations @jacindaardern & @NZClarke! Actually weeping with joy for you and all of us. #motherhood #leadership #parenting

Our prime minister is going to become possibly only the second elected head of state to give birth while in office, following Pakistan's Benazir Bhutto in the 90s.

She and her partner have a plan to manage this, and it involves a short period off work for her, during which time the deputy prime minister will be acting PM, as is entirely normal and proper.

This sets an amazing example of what working and family life should be for everyone: not two conflicting priorities that have to be "balanced" but two parts of a whole, complex, fulfilling life.

It's something every person who's having a child should be able to enjoy: secure work, a supportive community to wrap around them, and no judgements or insinuations or assumptions about their decisions for their family.

We can all be that community for our prime minister now, because she and the "first man of fishing" have more than enough to think about now without also battling all the busy-bodies and disingenuous "concern" which is going to be headed their way.