MPs have been delivered copies of a book which tells the stories of people whose loved ones died badly rather than being able to opt for voluntary euthanasia. 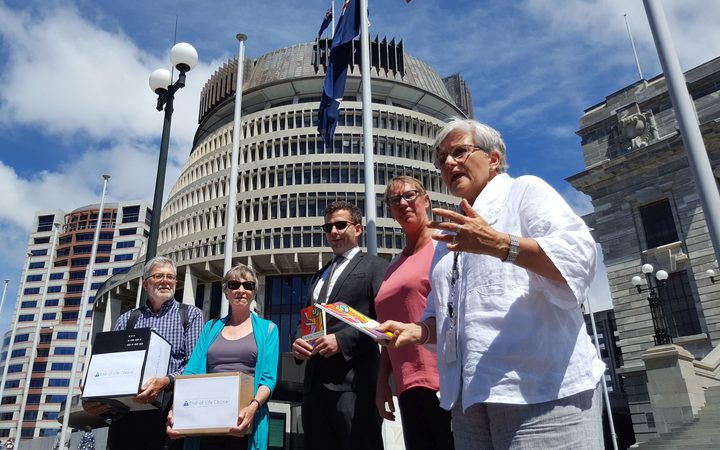 A select committee is currently considering legislation which would allow people with a terminal illness or a grievous and irremediable medical condition the option of requesting assisted dying.

Speaking on behalf of the End of Life Choice Society, former cabinet minister Maryan Street said the purpose of delivering the book to MPs was to make them aware of people's stories.

"This is the reality because of the law - people die badly, or even if they do die by their own choice, they die alone for fear of compromising loved ones and making them criminally liable."

The story of Helen Cartwright's mother's death is included in the book.

Ms Cartwright said her mother ended her own life about two years ago at the age of 93.

She and her family had witnessed their grandmother's death after a series of strokes, and her mother decided very early on that she did not want to go through that. 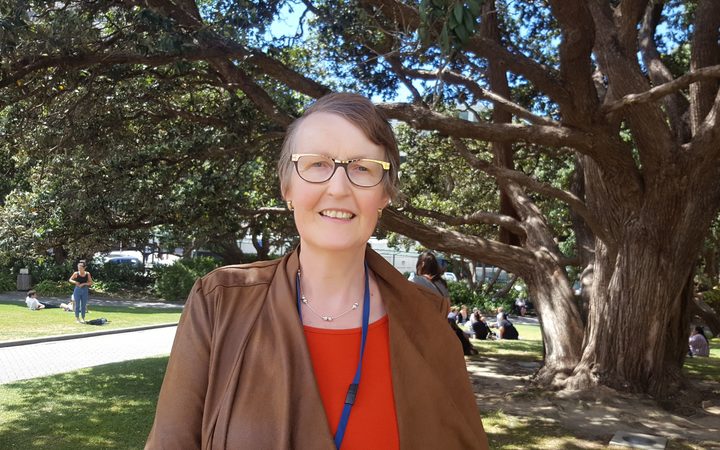 The story of Helen Cartwright's mother's death is included in the book. Photo: RNZ / Chris Bramwell

"As a result she illegally imported Pentobarbital, we knew the chances were that she possibly would [kill herself], but it still came as a complete shock.

"She'd had a series of strokes, she had a knee that was about to collapse, and the one thing she didn't want to do was lose her independence.

"The hard part for us was not that she took her own life, she went the way wanted to, but that we couldn't be with her, because she'd always made it very clear that what she would be doing, if we'd helped her, would have been illegal."

Ms Cartwright said it made her and her family very angry that the law put them all in that position.

"Mum wasn't ill, and she may have gone on longer, but she didn't want to go on in a situation that for her was untenable, where she was potentially bedridden, incontinent, paralysed and knowing that at end of it was death - she didn't want to live like that."