National leader Bill English says he's "not surprised" his MPs have rallied behind him at the party's annual caucus retreat, insisting questions of his support are "not an issue". 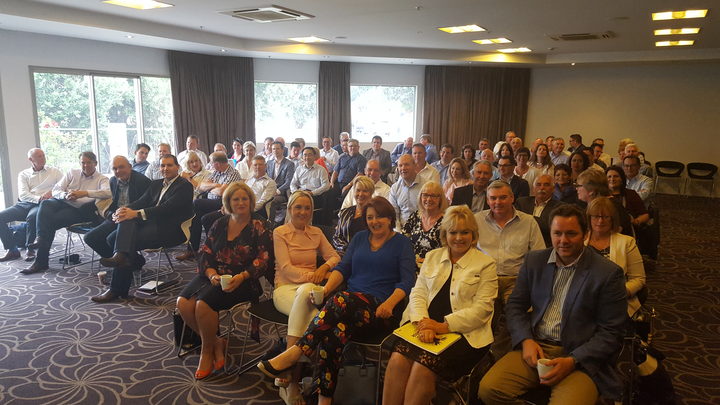 MPs put on a show of unity in Tauranga yesterday, roughly a week after reports of leadership speculation and discontent chiefly directed at the deputy Paula Bennett.

A series of senior MPs and potential leadership contenders lined up to quash any question of their loyalty, endorsing the current leadership team.

"I'm not surprised. I've had strong support from the caucus and the party - and from the large number of voters who voted for us. Support for me is not an issue."

But success at the next election would depend on more than just the leader, he said.

"What gives me confidence about that is a group of people who are showing the kind of energy and commitment you need to commit in the 2020 election.

National was "not a dispirited and scattered opposition", he said.

"They're in pretty good shape."

Earlier in the day, Mr English told reporters he was focused on the 2020 election and that his position as leader was dependent on his performance.

The two-day meeting is National's first getaway since its election loss and a chance for MPs to take stock of their election performance and plan for the year ahead.

MPs had given an "honest appraisal" of the party's campaign, Mr English said, and they'd accepted the result.

But he wouldn't elaborate on what the caucus thought they could have done differently.

"I won't go through the whole list ... We got good public support. We could have got more. We didn't get into government with the decision New Zealand First made. So we're in opposition."

Asked whether his "cut out the middle man" strategy was a mistake, Mr English wouldn't say.

"I'm not going to go into all the details."

The week before the election, Mr English implored voters to cast their vote for a major party and "cut out the middle man", a strategy seen as an attempt to destroy NZ First.

Senior MP Simon Bridges - often touted as a future leader - said the party did have lessons to learn.

"Any government - we were in government of course for nine years - doesn't get everything right and does need to evolve with the times."

That could "definitely" happen under the current leadership, he said.

MP Jonathan Coleman, who's put his hand up for the top position before, said Mr English was doing a "great job".

"We've got a great set of policies and values. We need to look at how we present an attractive proposition to the electorate in 2020.

"Bill's had a great mandate from the public. He's doing very well as the leader and people are right behind him."