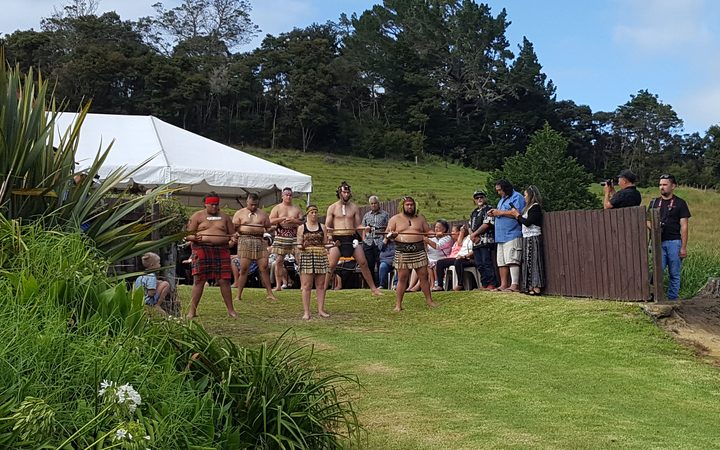 The marae is hosting a celebration of having five MPs of the Ngati Manu iwi elected to Parliament.

Hundreds of members of the Ngati Manu hapu as well as wider community members are attending the event to hear the prime minister, who gave a korero this afternoon.

Ms Ardern paid tribute to all her Māori MPs, not just those from Ngāti Manu.

She talked about how she was grateful to another Maori MP, Nanaia Mahuta, when she first started in Parliament and how spending time with Ms Mahuta taught her about manaakitanga.

She talked about how Kelvin Davis always focused on what was good for the people.

After the powhiri, taonga were presented to the Ms Ardern and the MPs.

Mr Davis was presented with a korowai and other Māori MPs were given taonga pendants from Ngati Manu.

Ms Ardern was presented with a greenstone bangle.

After the presentations, kuia of Ngāti Manu read out stories of their hapū from a wahine perspective.

This is day two of Ms Ardern's unprecedented five-day stay in Waitangi, the longest time any prime minister has spent at Waitangi.

The official powhiri for the prime minister will be held on Monday.