Power Play - In its first major test the Government has managed to largely tick off the list of actions it promised to take in its first 100 days. 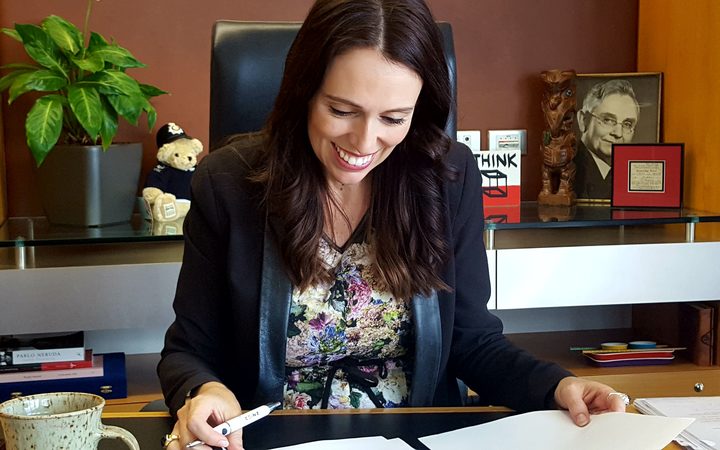 It was an ambitious list spanning legislation for a foreign house buyers ban, providing a year's fee free tertiary, resuming payments to the Superannuation Fund and establishing various high-level inquiries.

The Labour Party presented the 17-point plan during the election campaign, when the prospect of having to put it into action was more of a distant hope than a reality.

But it quickly became reality when Labour signed the governing deal with New Zealand First and the Greens.

It then had to tweak the list accordingly - the water levy for irrigators was gone and replaced with the 'waka-jumping' legislation as a result of the agreement with New Zealand First.

The 100-day plan has meant months of frenetic activity for ministers and for the public service with a very tight timeframe to develop policy and new legislation.

This Saturday marks the end of the 100 days, with all commitments met except the last one to "set the zero carbon emissions goal and begin setting up the independent Climate Commission".

There will now be a period of public consultation before the legislation establishing the Commission and the target is introduced, falling just short of the 100-day plan commitment.

"The Climate Commission was never going to be done and dusted ... we've got a clear timeline for its delivery, so in the longer term we're absolutely on track."

But the broader challenge now is steering all of the policies through to completion.

There were some pledges that could be done with the stroke of a pen, like superannuation contributions, but others are much more complex.

There are several Bills that have had their first reading but it is a tricky course navigating legislation through to completion and then putting it into practice. Included are proposed laws for a foreign house buyers ban and medicinal cannabis.

The two inquiries into mental health and abuse in state institutions are two different beasts; the first has set terms of reference and has to report back within months; the latter is much more wide ranging, and will roll out over three years.

It will be some time before the Government can be truly judged on making any substantive difference on either issue.

The 100-day plan does not cover the Government's entire plan and there are a number of significant and complex initiatives it has yet to tackle such as KiwiBuild, and major reforms in education and immigration.

Ms Ardern said the Government would not be slowing down now the 100-day deadline has been hit.

"I'm certainly not worried about the momentum stopping, for me the concern is making sure that we don't drop the ball on any of the ongoing commitments we've made as well."

Balancing the books and expectations

Ms Ardern acknowledged Labour had to prove it was a responsible economic manager, the main focus of National's attacks during last year's election campaign.

The Budget will be the next real test for her Government, to show it can not only deliver its own manifesto promises, but also those promised to New Zealand First and the Greens as the price of power.

Pressure is also coming on ministers from the public service and the social sector, who expect Labour to open the wallet, especially after it campaigned so hard on restoring services it said were starved under National.

While she understood those expectations, not everyone is going to get the money they want immediately, said Ms Ardern.

"What we've talked directly to those sectors about and are starting to have those conversations about is that it will take time to rebuild, it won't happen overnight and I know there's a real appreciation of that." 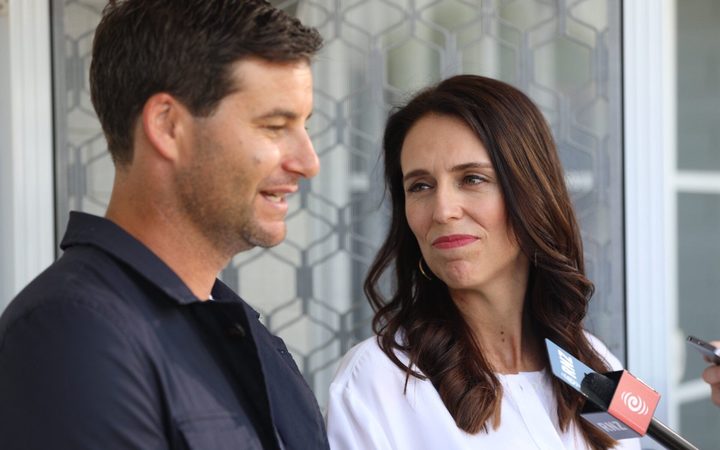 One announcement during the 100 day plan was certainly not on the list - the Prime Minister's pregnancy.

She said while like anyone else she just wanted to "think about the happiness of the announcement", she understood there were political considerations.

"In amongst being happy about it, I didn't want there to be negative ramifications on my party and this government because it wasn't their choice, it was mine - surprise or not."

Ms Ardern said she had been pleasantly surprised by the general response after initially thinking it would have been greeted "with far more cynicism".

"But regardless of what people think, I need to demonstrate in the way we manage it this is not something that will impact on my ability to do the job."

When the time comes Ms Ardern will hand over the reins to Deputy Prime Minister and New Zealand First leader Winston Peters for six weeks.

A prospect that causes her "absolutely no concern ... whatsoever, none."