National Party leader Bill English says leadership speculation was just gossip and he has the confidence of his caucus.

Speculation has been mounting that there may be a change in leadership but Mr English today debunked those rumours.

Speaking at a news conference after delivering his state of the nation speech, Mr English refused to say he would definitely lead the party into the next election, because he said party leadership was contingent on performance. Be he said he was committed to performing well.

He said there were no issues with Paula Bennett's position as deputy, and he had full confidence in her and there was no indication from caucus that they wanted a change.

"There's some gossip about someone [saying] they didn't like her.

"Well Paula is a robust politician and she's used to not being liked by some people.

He said he and the leadership team took responsibility for the coalition discussions with New Zealand First where it failed to form a government. 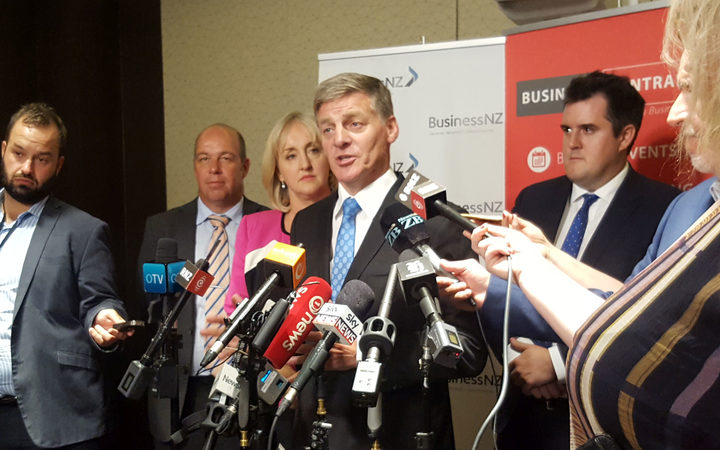 Amy Adams, who has been included in a list of possibles to step into leadership, said she has "absolutely zero interest in a change of leader or in the leadership team".

"I have no knowledge of any moves to have a change of leadership, or the leadership team."

Earlier it was reported that some National MPs are agitating for a change - though not immediately.

The party goes into a two-day caucus meeting late next week in Tauranga, where is has been reported that leadership would be raised as part of broader discussions.

However, Mr English said at the news conference that he did not think there would be leadership talked about at the meeting.

"If anything, a bit of a burst of speculation like this probably hardens up support.

Mr English made the announcement in his state of the nation address in Wellington.

He quipped before he started the speech that there was nothing like a bit of leadership speculation to bring the media out, referencing the throng of reporters that greeted him as he arrived at the venue.

In his speech he attacked the government's plans to reduce child poverty, plant trees and its industrial relations changes.