The government has imposed a target for itself to roughly halve child poverty within ten years. 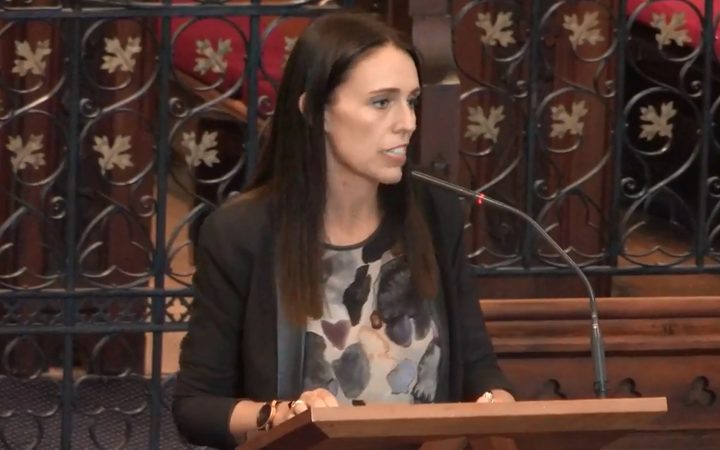 Jacinda Ardern makes her speech on the first 100 days of her government. Photo: RNZ / Richard Tindiller

Prime Minister Jacinda Ardern unveiled the goal in a major speech in Wellington this afternoon, evaluating her first 100 days in power and looking forward.

She has now released the targets her Labour-led government will strive for over ten years.

Ms Ardern said they were ambitious targets that would make a substantial difference for children.

"No one has made that kind of dent in child poverty in a ten-year period," she said.

"If we successfully manage to achieve these goals, and we plan to, we will be amongst the best performing countries in the developed world."

Ms Ardern also unveiled plans for a framework that would make people a measure of the country's economic success.

She said until now New Zealand's economic progress had been measured solely by tracking GDP, but organisations like the OECD and the IMF had been urging a change.

"By Budget 2019 [Finance Minister] Grant Robertson and I want New Zealand to be the first country to assess bids for budget spending against new measures that determine not just how our spending will impact on GDP but also on our natural, social, human, and possibly cultural capital too.

"It will no longer be good enough to say a policy is successful because it increases GDP if, at the same time, it also degrades the physical environment, or drives down wages or fractures a community."