The Green Party will hold a streamlined race for a new female co-leader with the winner to be named in early April. 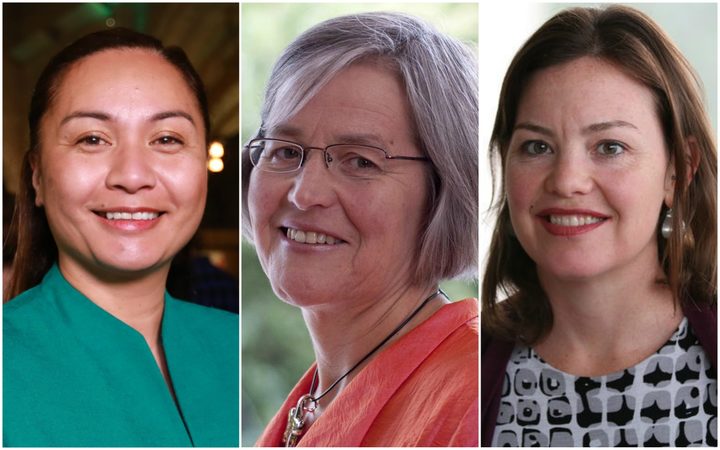 Marama Davidson, left, Eugenie Sage and Julie-Anne Genter are all tipped as likely contenders for the co-leadership. Photo: Supplied

The victor will replace Metiria Turei who resigned in August ahead of last year's election.

The remaining co-leader, James Shaw, unveiled the timeline this morning, with nominations opening for a week on 2 February.

Any female member of the party - including those outside Parliament - can throw their hat into the ring, but cannot say so publicly until after lodging their paperwork.

The campaign will run for roughly two months and will include debates in the main centres.

"The last time we did this - which is when I got elected - we did have a very long campaign. It was actually five months long. And in hindsight, that was too long," Mr Shaw said.

"We want to get this out of the way and make sure our team is completely focused on the business of being in government."

Roughly 150 branch delegates will vote in late March and early April with the winner to be announced on 8 April.

Marama Davidson, who's second on the party list but not a minister, is expected to make a bid, having already planned a "special announcement" for 4 February.

Ministers Julie-Anne Genter and Eugenie Sage have also been tipped as likely contenders.

Mr Shaw said the caucus had agreed not to have a reshuffle if the new co-leader was not a minister.

He said there were "pros and cons" to having a co-leader who was not a minister, and he'd be happy with either scenario.

Mr Shaw said he has not decided whether he would vote. Neither he, nor other MPs, will be endorsing nominees.

He urged potential contenders to "run a clean campaign" and "enjoy the journey".

"We want each candidate to put their own best foot forward. We don't want it to be about getting snarky about other candidates."

The Green Party's constitution dictates it must have both a male and female co-leader.