It is expected Prime Minister Jacinda Ardern will speak on Te Whare Rūnanga marae at the Waitangi treaty grounds during the formal welcome, a move that would set her apart from former female leaders. 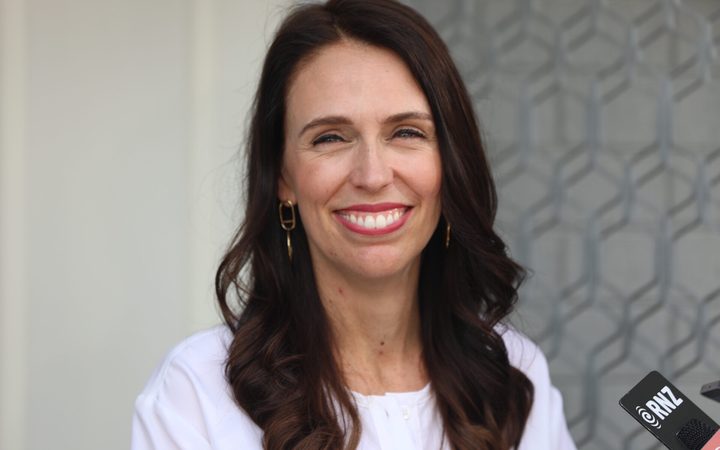 Jacinda Ardern at her first media appearance after the announcement of the Prime Minister's pregnancy. Photo: RNZ / Dan Cook

A government minister from Northland, Peeni Henare, told RNZ it was time for change and it was the right decision for the leader of the nation.

The pōwhiri and the marae atea or the area out front of the marae is generally believed to be the domain of Tūmatauenga, the God of War. It's here where any challenges or bad feelings are aired in clear view of the iwi.

RNZ understands Ms Ardern will be the government's second speaker following one of her government ministers, who will respond to the speakers from the Ngāpuhi bench.

Mr Henare said because Ms Ardern was hapū or pregnant she would speak from the mahau (porch) of the top marae but still within the formal proceedings.

Her speech will be followed by other government speakers in the coalition such as Shane Jones, Winston Peters and Peeni Henare.

In 1998 former Prime Minister Helen Clark was shouted down by Titewhai Harawira inside the marae at Te Tii.

But Mr Henare said that was 20 years ago and he was confident the prime minister's speech would be well received.

The late Ranginui Walker once said - pōwhiri are like rituals of a church. And those rituals - like the ones that govern the Pōwhiri - can change over time.

Dr Mutu said it was up to mana whenua to set up protocol around who spoke.

She said there were a lot of misconceptions about the role of women on marae.

There were good reasons why women and men took on certain roles during the formal proceedings on the marae, Dr Mutu said.

"Women carry the spiritual side. We do the karanga at the beginning - we ensure the men know what's going on and we have considerable say in what they say."

Dr Mutu said she had no doubt mana whenua would take good care of the Prime Minister.