The government plans to crack down on work visas, saying a lax approach means New Zealand workers are missing out. 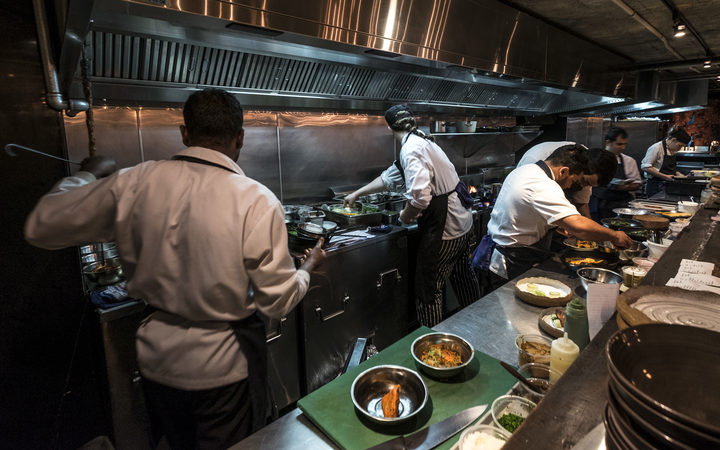 Immigration Minister Iain Lees-Galloway said the labour market test, which enables employers to recruit an immigrant only once they have tried to find a New Zealand worker, needs to be tightened up.

He added that it meant companies had not been forced to train their own staff.

But employers say they are already struggling to find skilled workers and tightening the rules could make the situation worse.

He often resorts to hiring foreign students who are willing to work hard.

"Our staff is from Malaysia, we hire a lot of students as part-timers and we train them ... after a few years and at the time that they're qualified they will work here full-time," he said.

One of Labour's election promises was to cut the number of new immigrants by up to 30,000 a year by tightening rules around student and work visas.

Mr Lees-Galloway, who is also the Workplace Relations and Safety Minister, stressed there was no specific target but that the overall aim is to improve the immigration system.

He said that includes cracking down on rogue employers and education providers as well as the changes to the labour market test.

"I do not think we have applied [the labour market test] nearly stringently enough and when you look at the fact we've got nearly 70,000 who are not in employment or training, I do not believe that there isn't a pool of workers who could be taking up some of those jobs," he said.

The Restaurant Association's chief executive Marisa Bidois, said it was already working with Work and Income to help unemployed New Zealanders get into the hospitality industry.

But making the rules even stricter could make hiring in the industry hard, and they were still feeling the effects from the changes the previous government brought in.

"Tourism is growing, don't put the brakes on an industry that's growing right now," she said.

"Support and listen to business owners and I'm sure we'll be able to come up with a solution."

Meanwhile, the Immigration Minister also plans to double the labour inspectorate so it can proactively open investigations into immigrant exploitation.

Mr Lees-Galloway said staff tell him they are only able to look into two-thirds of cases they want to investigate.