Prime Minister Jacinda Ardern has ruled out negotiating directly with Papua New Guinea over taking Manus Island detainees, despite New Zealand's offer to Australia to take 150 refugees being turned down. 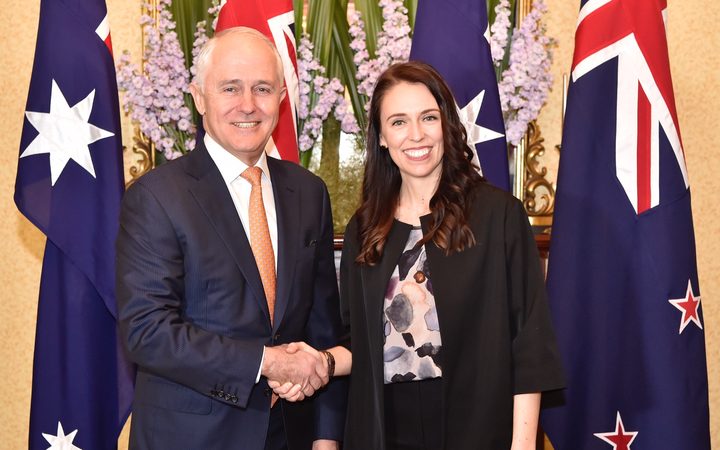 PNG is now having to deal with the 600 men holed up in the detention centre, which was closed by Australia last week. They have no food, water or health services.

Though Ms Ardern and Australian Prime Minister Malcolm Turnbull discussed several thorny issues discussed on Sunday, they emerged declaring their relationship to be off to a great start, and joking about her DJing and his attempt at rapping.

Mr Turnbull said Australia was concentrating on an agreement to resettle 1250 people in the United States, an agreement that would cover hundreds more people than New Zealand was offering to take.

But he did not shut the door completely, saying "in the wake" of that, Australia could then "consider other ones".

Ms Ardern said she considered the deal very much still on the table, while acknowledging Australia clearly was not going to act on it anytime soon.

She was asked whether she'd put the offer to PNG instead.

"No, no, because the offer is still under active consideration by Australia so there is no need to do so."

Ms Ardern said she did understand why Australia would focus on the US, and believed the comparable numbers were the reason it was not taking up New Zealand's offer immediately.

Another concern raised in the past by Australia was that New Zealand could become a back door way of entry to Australia.

Ms Ardern believed that could be avoided, saying there were "ways to deal with that" so should not "stand in the way" of the offer.

But she would not go into any details about the mechanisms she said she had in mind.

On Australian policies that roll back the rights and entitlements of New Zealanders - including a plan to treat them like any other foreign student when charging tertiary fees, Mr Turnbull was unapologetic, saying Australia, like New Zealand, reserved the right to implement its own policies.

In turn, Ms Ardern said New Zealand could respond in kind if it believed an "inequitable" situation had been created.

An area in common is the joint Australia New Zealand training mission in Iraq.

He said Labour would not renew the mission.

However, Ms Ardern said she discussed the deployment with Mr Turnbull and did not want to predetermine New Zealand's position, before it was due to be reviewed this time next year.

With both leaders soon heading off to the East Asia Summit and APEC, the Trans Pacific Partnership trade deal is high on the government's mind.

Ms Ardern said she was satisfied New Zealand could implement an effective ban on the foreign purchases of existing residential homes within the current provisions.

Now she said New Zealand will turn its attention to the Investor State Dispute Settlement provisions, which allow investors to sue government.

Ms Ardern said New Zealand and Australia already had a mutual exemption, but the government would look to see if it could make any progress with other countries.