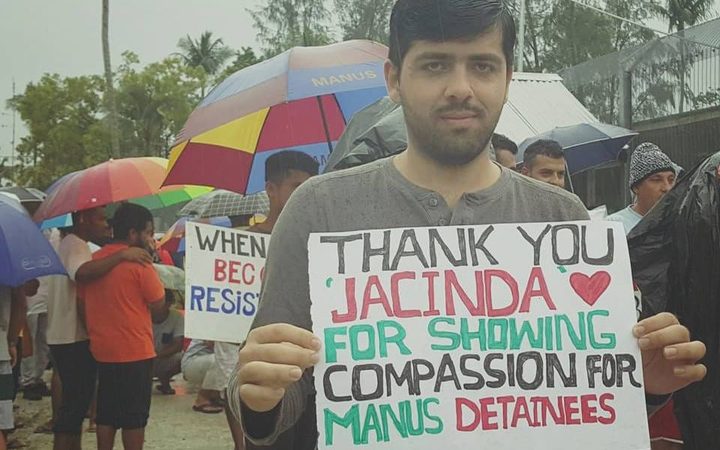 Jacinda Ardern will meet her Australian counterpart Malcolm Turnbull in Sydney on Sunday and the crisis on Manus will be high on the agenda.

It is thought she will reiterate an offer to take some of the refugees Australia detains on Manus and Nauru.

NZ is our best chance, standing by offer to take refugees. Australia blocking but has no right to say no. You can't keep political hostages.

The detention centre on Manus was officially closed this week, but more than 600 refugees are refusing to leave.

Australia wants them to move to facilities in the island's main town, Lorengau, but the refugees are afraid of further attacks by locals opposed to the relocation.

With food, water, power and health services cut from the centre, Sudanese refugee Abdul Aziz Adam said Australia was torturing the men whose only hope was New Zealand.

"Australia deny to give our fundamental rights such as water and food. They force us to starve. They want us to be resettled in Papua new Guinea where even the people of Papua New Guinea they do not want us to resettle in their country," he said.

"We on Manus Island we have lost hope and the only hope we now have is the New Zealand government. The honourable prime minister of New Zealand, we are begging you and pleading you to help us. We need your help." 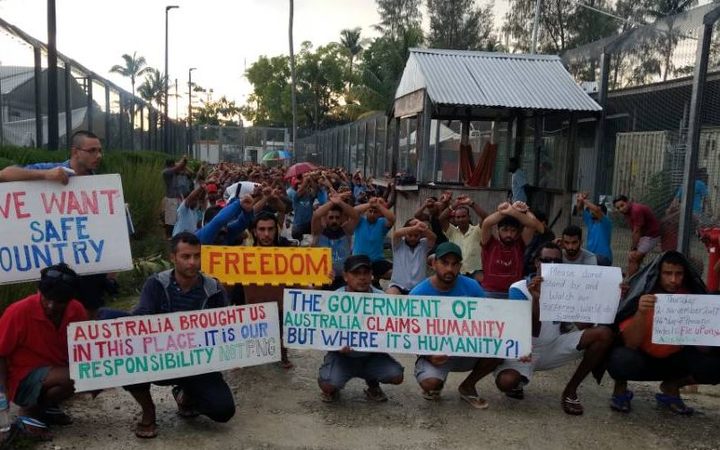 The 94th day of protest in the Manus Island detention centre. Photo: supplied

The centre was closed after the PNG Supreme Court ruled last year it was illegal to detain asylum seekers.

Its gates were opened, turning detention into exile on a remote island where refugees were often robbed and attacked with machetes.

Most of the men became too afraid to leave the relative safety of the centre's fences. 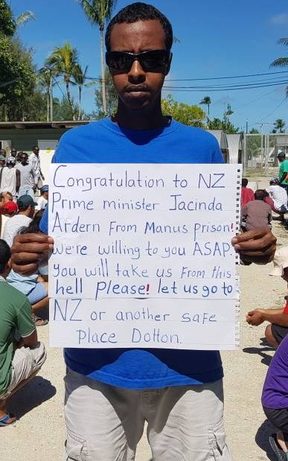 That suited the locals who felt the young and institutionalised detainees were making trouble in their community.

An offer was made by Wellington to resettle some of Australia's offshore detainees which Canberra rejected, as the refugees would be able to enter Australia if they became New Zealand citizens.

But that should not have scuppered the deal, according Iranian refugee Amir Taghinia who is in Port Moresby for medical treatment

"So if the New Zealand prime minister is going to Australia I would ask Jacinda Ardern, please I would like to beg her, do something for these guys. Push the Australian government help these people to get out of Manus Island."

Lawyers are applying to the PNG Supreme Court to order the restoration of vital services to the centre without which the United Nations said a vulnerable group was threatened by sickness.

According to Mr Boochani, some have infections and a man suffering from mental illness committed an act of self harm.

But with no fumigation, the journalist said mosquitos carrying malaria and other tropical diseases had become a threat. 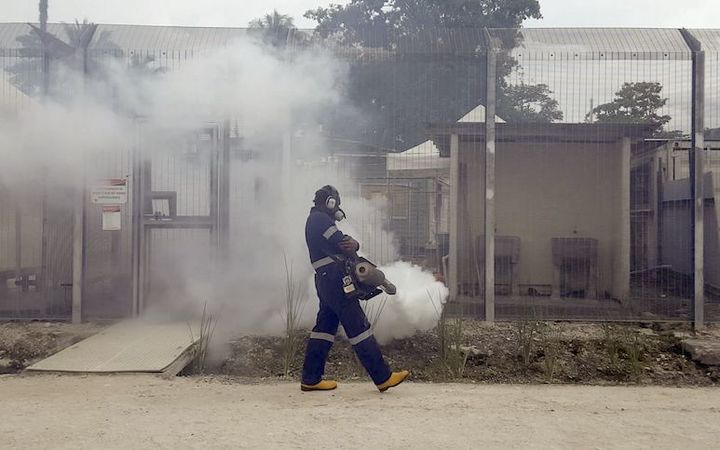 An image from the movie, Chauka, please tell us the time. Photo: Arash Kamali Sarvestani

"600 forgotten people here, we are asking for help. The people are in a big starvation. There is not any water, food and the tropical mosquitos, we were struggling with the mosquitos too.

"We are asking help from the Red Cross or any international organisation to help us."

The desperate men on Manus dug a well in the centre and welcomed a sudden downpour yesterday by collecting rain water.

But days without food had taken a toll on Afghan refugee Walid Zazai.

"Please if you don't want us let us go to New Zealand or other safe countries."