Prime Minister Jacinda Ardern says she retains the right to retaliate if Australia pushes ahead with plans to end subsidies for New Zealanders studying there. 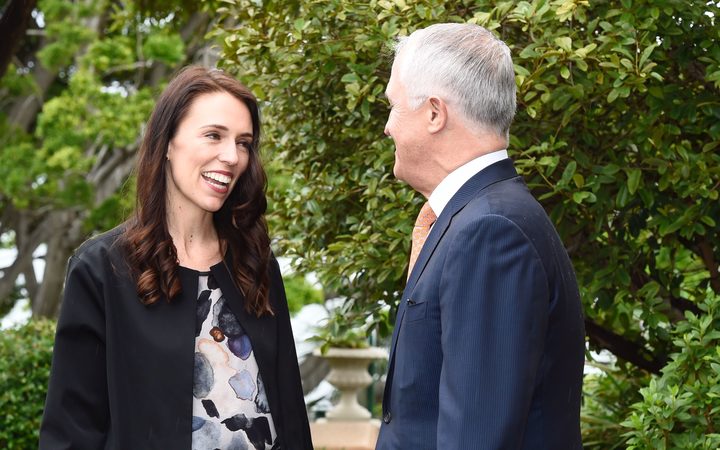 The Australian government will stop subsidising New Zealanders' tertiary education from next year - more than tripling the costs for many students.

Prior to the election, Prime Minister Jacinda Ardern said New Zealand should consider retaliatory measures if the policy was carried out.

Speaking at a joint media conference between the two leaders in Sydney today, Mr Turnbull said he understood the criticism from New Zealand.

"But just as we respect New Zealand's right to manage its affairs and determine its university arrangements as it sees fit, New Zealand respects our right to do the same on this side of the ditch."

After the meeting Ms Ardern said Australia would understand if New Zealand made changes in response.

"It's only fair that if New Zealanders in Australia find that they are incurring higher fees that we would make sure that we respond by at least making sure our system is fair and equitable in the response that Australian citizens, Australians starting in New Zealand would experience as well," she said.

At their first official meeting since Ms Ardern became Prime Minister, Mr Turnbull also declined to take up a renewed offer from the New Zealand government to take Manus Island and Nauru refugees.

About 600 refugees remain holed up on the detention centre, which Australia closed last week.

Australia is coming under pressure over its handling of the situation with the United Nations calling on it to restore food, water and health services.

However, it has been rejected several times, most recently in February, on the basis refugees could use coming to New Zealand as a back door into Australia.

Mr Turnbull said he thanked Ms Ardern but he did not want to do anything that might encourage a return of people smuggling into Australia.

He said his country was focused on a deal that would see 1250 refugees resettled in America.

He said Australia would consider other options only if that did not succeed.

"We are pursuing those arrangements [with the US] at the moment and that is our commitment," Mr Turnbull said.

"We want to pursue those, conclude those arrangements and then in the wake of that, obviously we can consider other ones."

Ms Ardern said the offer had not been rejected.

"That is an offer that does remain on the table," she said.

"Whilst it isn't being taken up immediately, the Prime Minister thanked New Zealand for the offer, acknowledged it and it is something that still remains in place."

Ms Ardern ruled out making a direct offer to Papua New Guinea to take some of the refugees, because she said the Australian offer was under active consideration.

The refugee deal between New Zealand and Australia was struck in 2013 by the then-Prime Ministers John Key and Julia Gillard.

Under it, New Zealand would take 150 refugees a year from Australia's offshore detention centres, as part of New Zealand's refugee quota.

Australia has so far decided not to use the places offered by New Zealand.

After the meeting Mr Turnbull also praised the strong ties between the countries and mentioned the lasting ANZAC links.

Both countries were committed to free trade, and the fight against terrorism, he said.

Regional security was also on the agenda and the two leaders would be working together at the Apec summit in Vietnam next week, Mr Turnbull said.

Ms Ardern said it was important for her that her first overseas visit as Prime Minister was to Australia.

She said she wanted to strengthen her relationship with Mr Turnbull before Apec, on issues like the TPP.

The two countries were "family", she said.

She had invited Mr Turnbull to take a fishing trip in New Zealand.

Water activities seemed to be a common conversational thread - earlier, the pair spotted some kayakers on Sydney Harbour and Mr Turnbull asked Ms Ardern whether she was "much of a kayaker", as it was something he liked to do.

But Ms Ardern said today the concerns about Labour's involvement in the Australian citizenship scandal were not discussed during her meeting with Mr Turnbull.

Mr Turnbull said the two leaders trusted each other completely and had got on well together.