Labour leader Jacinda Ardern has told the Australian High Commissioner that the behaviour of one of her MPs was unacceptable. 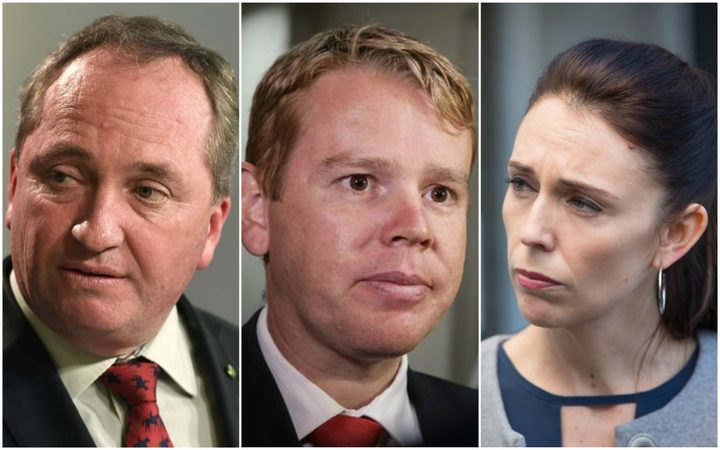 Ms Ardern spoke to Peter Woolcott on Tuesday afternoon to clear up her party's involvement in Australia's dual citizenship controversy.

Labour has found itself at the centre of a trans-Tasman political spat after it was revealed the country's deputy prime minister Barnaby Joyce holds New Zealand citizenship.

Australian media inquiries led to the dual citizenship of Mr Joyce being revealed, but Labour MP Chris Hipkins had also asked similar questions to the Internal Affairs Minister, following discussions with a friend linked to the Australian Labor Party.

Ms Ardern said she made it clear to the High Commissioner that Mr Hipkins should "never have asked" those questions.

"I didn't apologise but I made it clear what has happened is unacceptable from my perspective.

"It shouldn't have happened, but ultimately it was questions raised by the media that caused this situation rather than questions from us."

Ms Ardern said she reiterated to Peter Woolcott that any suggestion that the Labour Party was responsible for Mr Joyce's predicament was incorrect.

She did not want Labour's relationship with the Australian government to be put at risk, she said.

"No one's ever doubted the loyalty of the Deputy Prime Minister to Australia, but what about the leader of the opposition, conspiring with the Labour Party of New Zealand to undermine the government of Australia?"

Australia's Foreign Minister Julie Bishop said this afternoon it would be difficult to trust a Labour-led New Zealand government.

Ms Ardern came out swinging in response, saying in a statement it was "highly regrettable" that Ms Bishop had "chosen to make false claims about the New Zealand Labour Party".

"I have been utterly transparent about this situation. I stand by my statements this morning that I knew absolutely nothing about the Barnaby Joyce case until it broke in the media yesterday afternoon," Ms Ardern said.

I value our relationship with the Australian Govt highly. I won't let disappointing & false claims stand in the way of that relationship

'No collusion' between parties

Mr Hipkins insisted his friend did not ask him to lodge the question, he had no idea it was related to Mr Joyce, and he was just interested in the topic.

"Had I known that was where things were going to land up, I wouldn't have got involved in it.

"There has been absolutely no collusion between the New Zealand Labour Party and the Australian Labor Party when it comes to the situation the Australian deputy Prime Minister has found himself in."

Mr Hipkins said he would in future think twice about the questions he decides to lodge. 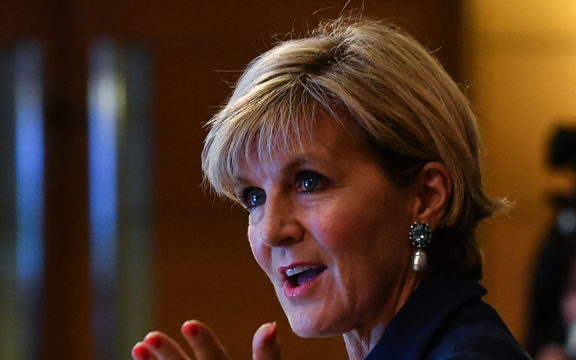 Speaking to reporters this afternoon, Mrs Bishop said she was disappointed.

"New Zealand is facing an election, should there be a change of government I would find it very hard to build trust with those involved in allegations designed to undermine the government of Australia."

.@JulieBishopMP: I would find it very difficult to build trust if NZ Labour party was elected. #auspol MORE: https://t.co/35HbhyG7jI pic.twitter.com/wW7tQY9J3b

Mr Joyce is the latest Australian politician to be caught up in the country's dual citizenship controversy.

He said he lodged the papers to renounce his New Zealand citizenship a few days ago and has now received verbal confirmation his request had been accepted.

"We're looking forward to the written advice turning up pronto," he said.