WA Greens senator Scott Ludlam is resigning after realising he has been ineligible under the Constitution to sit as a senator for the past nine years because he holds dual citizenship. 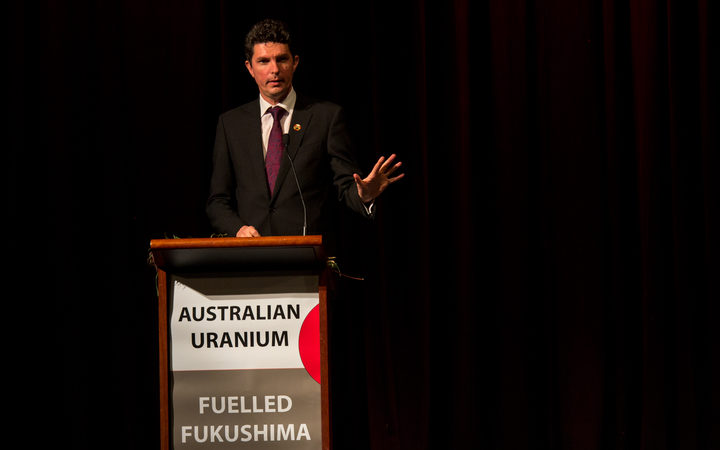 The Senate is expected to refer the matter to the High Court for its consideration, but the rules appear clear cut and it is likely his election will be ruled invalid.

Section 44 of the Constitution disqualifies potential candidates from election to the Parliament of Australia if they hold dual or plural citizenship, and under the rules Mr Ludlam should have renounced his New Zealand citizenship before he nominated for pre-selection 10 years ago.

Mr Ludlam, 47, who was also co-deputy leader, was elected to the Senate at the 2007 federal election, with his term beginning in August 2008.

In November last year, Mr Ludlam announced he would take a leave of absence from Parliament to treat depression and anxiety.

Mr Ludlam has apologised unreservedly for what he said was his mistake.

hey everyone. i'm sorry about this, but it's a thing. i'll really miss it, but there are other ways to make trouble. love and thanks. pic.twitter.com/1QsEgRIEnW

"This is my error, something I should have checked when I first nominated for pre-selection in 2006," he said.

"I have no wish to draw out the uncertainty or create a lengthy legal dispute, particularly when the Constitution is so clear.

"I am personally devastated to learn that an avoidable oversight a decade ago compels me to leave my colleagues, supporters and my wonderful team."

In 2013, Mr Ludlam was embroiled in a complex electoral fight to keep his place in the Senate.

Following the 2013 federal election, he was initially deemed to have lost his bid for re-election by 14 votes, prompting the Greens to seek a recount, which changed the result in his favour.

However, that result was then thrown out by the Court of Disputed Returns after the discovery there were 1300 missing votes.

The High Court found the result be declared void, and ruled that WA hold a Senate re-election in 2014, at which Mr Ludlam held his seat.