Former Foreign Minister Gerry Brownlee has wished the new government "good luck" trying to get a better deal for Kiwis in Australia. 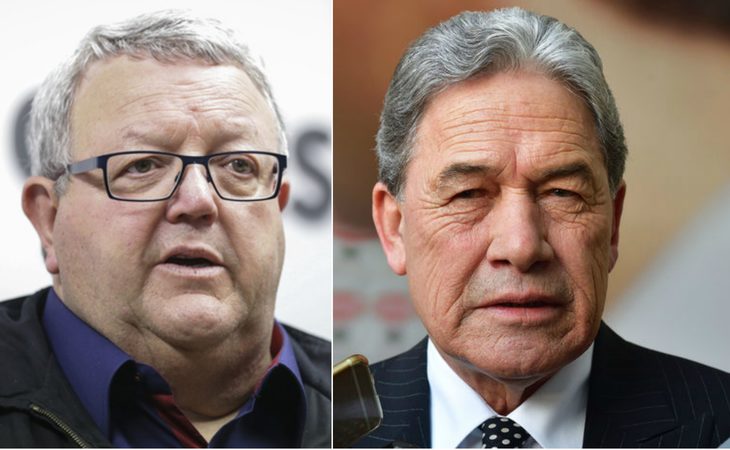 And he's warned Labour and NZ First that they'll find the job quite different from stirring up angst in opposition.

In one of his first acts after being announced as Foreign Minister, Winston Peters spoke to his Australian counterpart, Julie Bishop, about the trans-Tasman friendship.

The NZ First leader earlier told reporters the bond was "not what it should be" and needed serious work.

But Mr Brownlee disputed that, saying National had left it in good shape.

"The relationship between the two countries is extremely strong."

However, he stressed they were independent nations with only so much influence over each other.

The Labour-NZ First coalition would face the same situation, he said.

"If they can get a better deal for New Zealanders, well, good luck to them. I hope they can - but it would be the same deal that we would've been working towards."

Mr Brownlee said the new government had so far made some bold claims.

"Let's see how they go ... When you're in opposition, you tend to capitalise on any degree of angst that exists anywhere in the community and try to amp it up a bit.

"It's a different matter when you get into government."

Asked whether he had any advice for Mr Peters, Mr Brownlee declined.

"He's made it very clear that he's got vast personal experience in the portfolio and has set himself some tasks ahead. I wish him well with those."

He said it would be "very unfortunate" if the new government simply hit back every time it didn't like something Australia's government did.

She told the Newshub debate if Australia "lock us out of tertiary education, we will lock them out of it here".

The Australian government has since shelved those plans after failing to win enough support in the Senate to pass the legislation.

Earlier in the week, Mr Peters indicated he didn't favour a retaliatory approach.

"There's a way we can work our way through this - and that will certainly be the ambition of New Zealand First and myself."

He said everyone in the coalition understood that New Zealand had to work seriously to better the relationship with Australia.

New Zealanders living across the ditch cannot receive the unemployment or disability benefit.

They're also barred from voting, joining the Australian Defence Force or working long-term for the government.

Australia last year announced a special pathway to citizenship for New Zealanders who arrived in Australia between February 2001 and February 2016.

Those who have earned more than $A53,900 for five consecutive years can apply for permanent residency and then apply for citizenship after another year.