New Zealand First is at the business end of making a decision on who to form a government with, MP Mark Patterson says.

The party is "98 percent of the way there" on policy discussions and "getting close" to a decision, MPs said this morning. 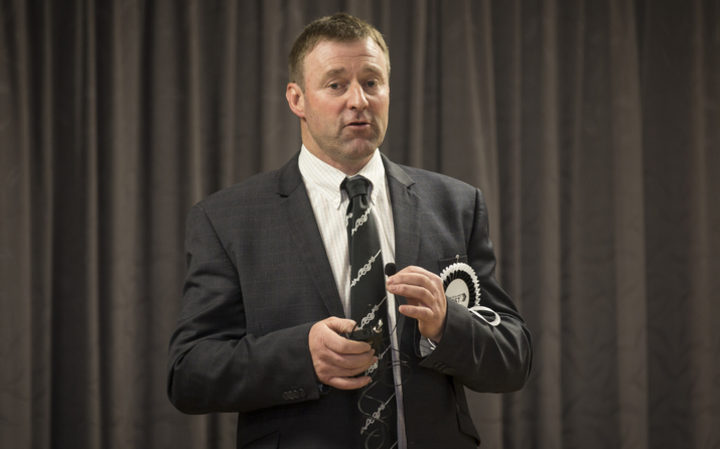 NZ First MP Mark Patterson says they are "98 percent of the way there" on policy discussions. Photo: RNZ / Rebekah Parsons-King

The party's board members last night wound up two days of discussions on policy concessions on the table from National and Labour and New Zealand First leader Winston Peters said that work was largely done.

Not long after the board and caucus meeting finished, Mr Peters met with National's Bill English and then Labour leader Jacinda Ardern at Parliament. No-one was commenting about the nature of their talks.

On his way into this morning's meeting, MP Mark Patterson, said they were at the business end of their discussions.

"We're about 98 percent of the way there with the policy stuff, so that's just about done.

"It will be up to the leadership now."

His colleague Fletcher Tabuteau said the discussions had been progressing well.

He was asked by reporters whether an announcement could be expected today.

"I'm not sure, I couldn't say that with any confidence ... well, we're getting close."

Mr Peters said he was still aiming to make an announcement by the end of the week, but qualified that by saying there were other parties involved.