New Zealand First will not reveal who it has chosen to form a government with by its self-imposed Thursday deadline. 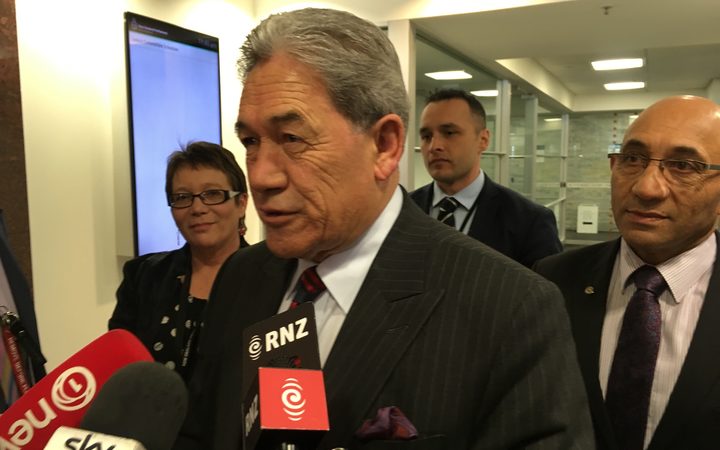 Party leader Winston Peters has said he would make a decision by Thursday, but until now, has not made it clear whether that outcome would be made public on the same day.

He said he would let the public know as soon as possible after Thursday night, but would not be drawn into whether that would be before the weekend.

He told reporters on Tuesday evening, after back-to-back meetings with Labour and National, that there was a lot to go through.

"We're seriously working on the various policies that other parties have got that may be relevant or not relevant to our final decision - but whatever that decision is, we know we're going to disappoint people. It's just a statement of fact."

He also would not say whether the party's board would be convening on Thursday night.

"We're not worrying about that at this point of time, we have to get further down the road of prioritising these talks," Mr Peters said.

The pace of the talks sped up today with Mr Peters' self-imposed deadline looming.

After this morning's first meeting between Labour and New Zealand First, Labour leader Jacinda Ardern would only say the talks were going well and were aimed at New Zealand's economic and social progress.

Mr Peters was giving nothing away, but suggested exporters would be pleased with the outcome of the talks. 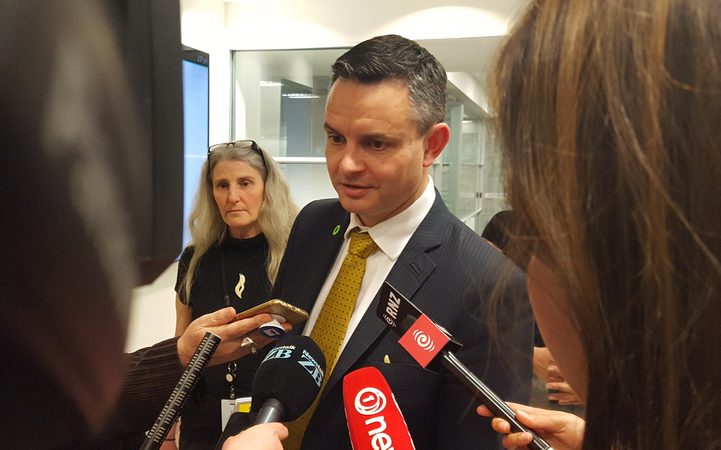 Earlier, the Greens say the party's requirement to consult their membership on any deal would not hold up any agreement between New Zealand First and Labour.

Mr Shaw said a reference group, comprised of MPs and members of the Green Party, was working alongide the negotiating party and would eventually help to draft any agreement that would be presented to members.

If the Greens did end up with a deal, they would call a Special General Meeting for ratification.

Delegates representing electorates around the country would attend the meeting, which could possibly be held online to help speed things up.

If someone opposed or sought to block the deal, it would then have to be put to a vote, and the deal would need 75 percent support to proceed.

Those involved said that because of the time constraints and the nature of the negotiations there would be no opportunity for members to change the agreement once presented to them - they could either just accept it or reject it.

On his way into this afternoon's meeting with Labour, Mr Shaw said he thought a deal could be struck by Thursday.

"But I've said before the process takes as long as it takes, a day here or there is no big deal."

He said the party could ratify any agreement "pretty quickly".

Going into Labour's first meeting, Ms Ardern was asked what she was taking to the table today.

After the meeting, which ended after just over two hours, she described it as "another very productive session".

Ms Ardern echoed a statement from Mr Peters yesterday, about what the parties wanted to achieve.

"Our meetings have focused on our shared ideas, areas where we want to make sure where we progress New Zealand socially and economically, and that's where our focus continues to be."

They weren't considering extending the Thursday deadline for making a decision, he said.

"We're not talking about that, we're sticking with our talks now, they're going very well, they're very serious, very meaningful and we'll get through the programme."

National and New Zealand First went into their first meeting of the day at 12.30pm and Labour was planning to meet with the Greens at 1pm. 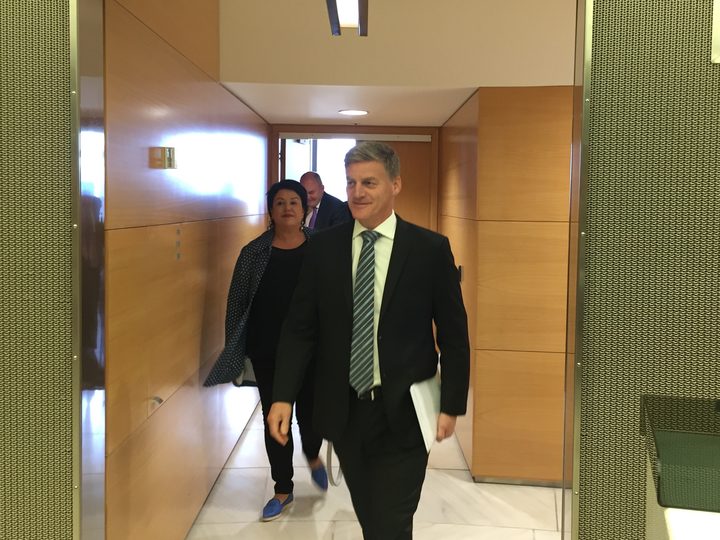 National leader Bill English and his team head to their first meeting of the day with New Zealand First. Photo: Pool / Laura Walters