National won the most votes last night - with 46 percent - but will still need other parties to govern and the balance of power rests with the New Zealand First leader. 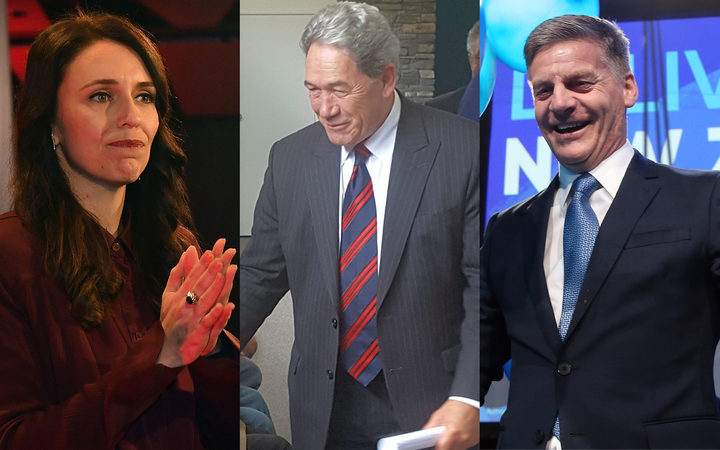 On last night's results, the party would get 58 seats in Parliament but even with the one seat of loyal support party ACT, will still be two short of an outright majority.

Labour, on just under 36 percent of the vote, would have 45 seats and the Greens seven - totalling 52 seats between them.

Leader Winston Peters said last night he would be speaking to the party's board and supporters and there would be no "hasty" decisions.

But he said a decision would be made either way by 12 October - the last day for the return of the writ.

"That'll be his call as to how that lays that out - I haven't had a chance to talk it over with him yet.

"The senior team will get together at a point through the day ... and we'll [see] how it plays out from there."

"The Greens would have to show some sort of change of approach because in the past it's always been a shut the door thing."

'We want the best for NZ and our policies'

Shane Jones, who will return to Parliament as a New Zealand First MP, said Mr Peters's decision would take time.

"You won't hear anything of any significance until Winston has assembled us together and we meet as a group."

Apparently heeding Mr Peters, who last night urged his supporters not to say anything that would jeopardise coalition talks, Mr Catchpole said New Zealand First would have to have internal discussions before making a decision.

"We want the best for New Zealand and our policies," he told RNZ.

"It's not about roles in government or anything like that, it's about getting the best for New Zealand and our policies."

With a large number of special votes to be counted, the result was still indicative.

"There won't be any final decisions until we know the final results."

Senior National MP Judith Collins said the election result was a vote for stability and people would be very disappointed if National did not lead the next government.

"I can't tell you what Winston Peters is going to do. What I can tell you is that we've had increase in support and 46 percent of the party vote asking for a fourth term of government is unprecendent and a huge victory for Bill English."

'It's clearly not over'

Labour Party campaign manager Phil Twyford said the party was "back in the game".

He said Jacinda Ardern had delivered an incredibly strong campaign with a new style of leadership and Labour was now in a position to negotiate a deal with both the Greens and New Zealand First.

"I expect there'll be a phone call made in pretty short order."

Mr Twyford said National had lost its governing majority, and the majority of New Zealanders voted for change.

"When you look at the number of MMP governments over the last couple of decades there have been a range of different setups with minority governments ... and very small majorities." 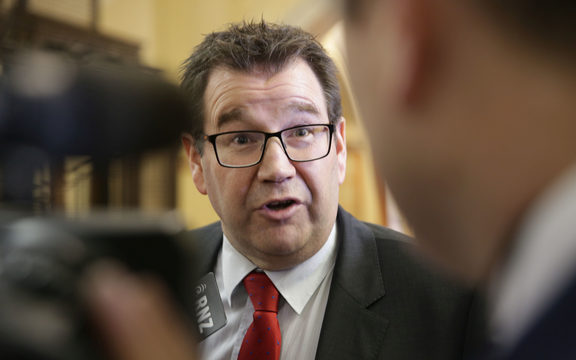 The party's finance spokesperson Grant Robertson said he hadn't talked to Winston Peters this morning, but the party would be speaking with him "over the coming days".

Mr Robertson said Labour was "well and truly back" as one of the options for New Zealanders as a lead party of government.

"We wake up this morning and there's no confirmed government - so it's clearly not over."

Though many of New Zealanders had voted for change, the much talked of 'youthquake' perhaps hadn't happened. "Maybe a tremor," he said.

Green Party leader James Shaw said he would also be reaching out to Mr Peters, but Labour would have to take the lead given it was the largest party.

He was not concerned a three-party government would be difficult to keep going.

"If you look at the history of the Maori Party and the ACT party, they didn't have a whole lot in common but the managed to form a goverment over a number of years with the National Party."

"People are able to, for the sake of the country, work together on the things that they've got in common - and that's been my message to Mr Peters."