NZ First leader Winston Peters holds the balance of power based on the preliminary vote count in the 2017 general election, despite losing his Northland seat. 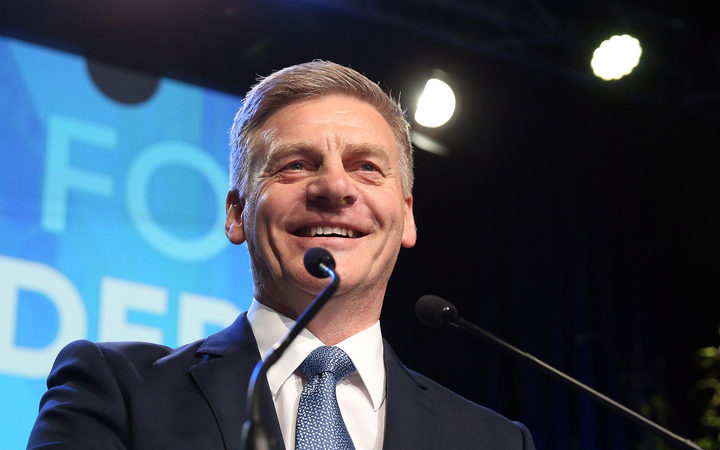 National's Bill English says he expects to begin talks with New Zealand First in the "next few days". Photo: AFP

By that count, which excludes special votes, National had 46.0 percent of the vote, with Labour on 35.8 percent and the Green Party on 5.9 percent.

With no single party able to form a government alone, NZ First's 7.5 percent suggests Mr Peters will effectively decide the make-up of Parliament for the next three years.

Mr Peters told supporters tonight that any decision about a potential coalition could take some time.

Mr Peters said NZ First stood for more than the elite and his party had the main cards, but cautioned his MPs against commenting before that decision.

"I will not be giving any answers tonight or tomorrow until I've had a full chance to talk to our full board of New Zealand First, our supporters and organisations around the country and our MPs."

He had earlier promised there would be a decision before 12 October.

He thanked all those campaigning and supporting his party.

"We hoped we could have done better and we'll do better than those polls are showing right now as they trend upwards."

Mr Peters was unable to retain his seat in Northland, losing to National's Matt King by 1292 votes.

Based on tonight's count, National would have 58 seats, short of the 61 needed for a majority, assuming a 120-seat House. It could only count on the one seat brought to the table by ACT, which has retained Epsom, and would need another partner to govern. The Māori Party has failed to win any seats.

'MMP leaves us with a lot of work'

National leader Bill English said he would start talking to NZ First in the next few days about forming a new government.

Speaking to the National Party's supporters at Sky City in Auckland, he welcomed the expression of confidence from voters, and said he would talk to Mr Peters soon, but they did not need to rush the process.

Despite a hectic and changeable election campaign, the mental strength of National's members had pulled the party through, he said.

"So many New Zealanders supported us... because through this campaign, we had the opportunity to share our challenging ideas about how to solve New Zealand's most pressing problems."

In her own speech to supporters, Labour leader Jacinda Ardern admitted she had not done as well as she would have liked.

Speaking to Labour supporters at Auckland's Aotea Centre, Ms Ardern said her team had given their all, but that the final result now rested in MMP's hands.

"Sometimes MMP leaves us with a lot of work."

She said she was willing to work with anyone who shared Labour's values.

Speaking to his supporters, Greens leader James Shaw suggested the three opposition parties - Labour, the Greens and NZ First - could join together to change the government.

The Greens have taken a hit, however. They would only have seven MPs compared to 14 in the last Parliament based on the results so far.

But one of those will be Chloe Swarbrick, who looks likely to become the youngest MP in 42 years. 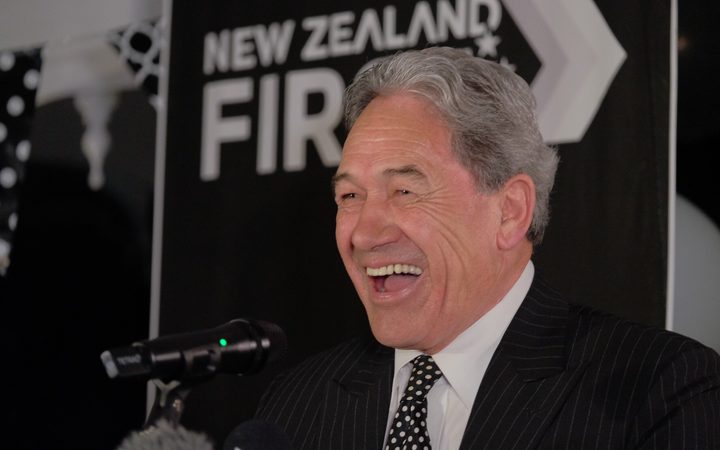 The Opportunities Party has just over 2 percent support, and leader Gareth Morgan has conceded it won't be in the next Parliament. He has called on the Greens to work with National.

In the Epsom electorate, David Seymour claimed victory to keep his seat and keep ACT in Parliament.

In Nelson, Labour candidate Rachel Boyack conceded to Nick Smith, with huge applause at his election night event at the news.

"I've always been quite confident of my community here in Nelson, there's been the Greens talking up their game a lot but Nelson's doing extraordinarily well," he told RNZ earlier.

In the marginal seat of Hutt South, National's Chris Bishop came from behind to beat Labour's Ginny Andersen.

But Labour has also performed well in a number of key electorates.

Its candidate Greg O'Connor is poised to be the first Labour electorate MP for Ōhāriu for more than 30 years.

This year marks the most advance votes cast in a New Zealand election.

This afternoon, the Electoral Commission released its final advance vote tally, showing 1.24 million people voted ahead of time. This compares to 718,000 advance votes at the 2014 election.