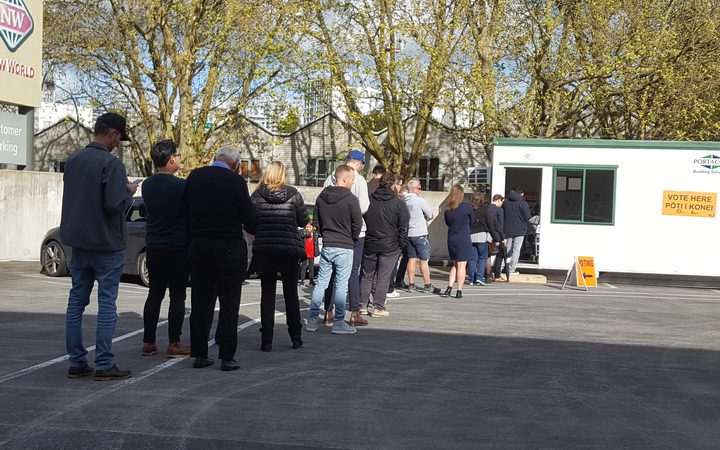 Advance voters queue out the door of this polling place at a supermarket in Auckland CBD. Photo: RNZ / Colin Pearce

There have been consecutive increases in the number of people early voting on each of the past four days.

It is the most advance votes cast in a New Zealand election.

Today is the last day for advance voting, with the election taking place tomorrow. Enrolment is open online until midnight tonight.