More New Zealanders are casting their vote early in this year's general election, with almost 40,000 voters already making their decision. 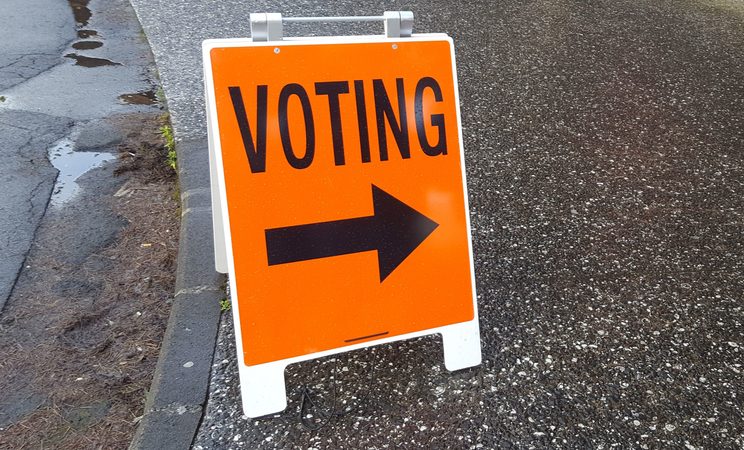 A voting sign for the 2017 election at Mt Albert. Photo: RNZ / Demelza Leslie

Advance voting began yesterday and the Electoral Commission is predicting that up to 50 percent of voters will cast their ballot before election day this year.

Advance voting opened several days earlier at the past two elections. In the first four days of advance voting for the last general election, 49,497 votes were cast, while just 18,818 votes were made in the same period in 2011. 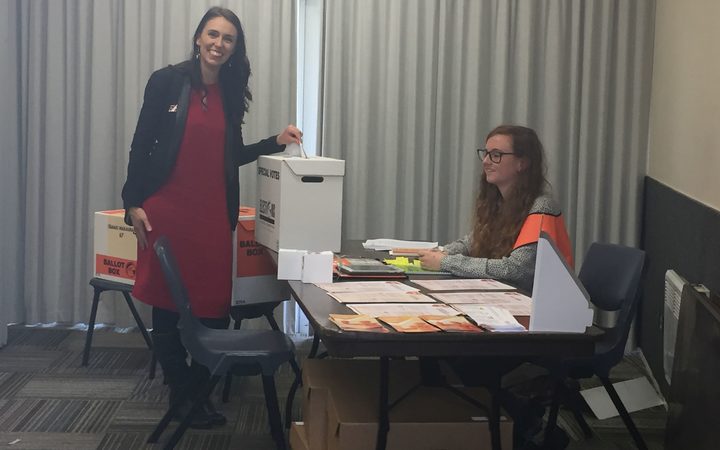 The commission has made 485 advance voting booths available, up from 295 in 2014. Booths are now available in shopping malls, and will be in international departure lounges at Auckland, Wellington and Christchurch airports before election day. 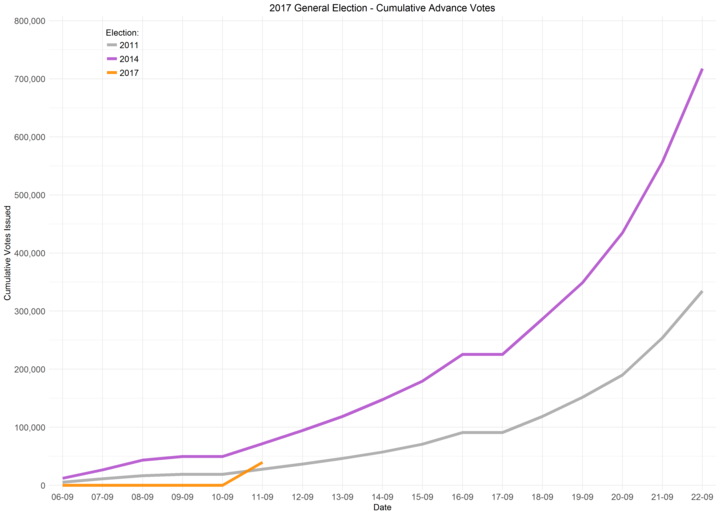 A chart showing the cumulative growth for advance voting over the 2011, 2014 and 2017 elections. Photo: Electoral Commission