The National Party is promising to introduce separate urban planning laws to bypass the Resource Management Act (RMA) if it is re-elected. 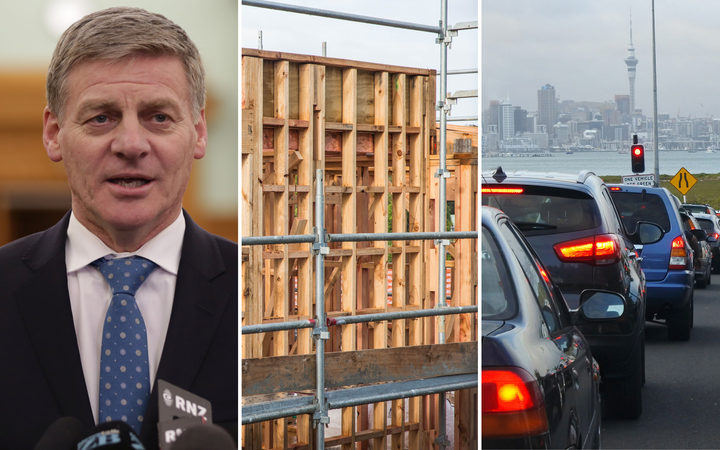 The party's leader, Bill English, made the announcement today at a business conference in Wellington, saying the RMA - which set out how New Zealand's environment should be managed - was not working well, and the new urban planning laws were needed to allow cities to grow.

He said complex rules could add 50 percent to the cost of a home.

Mr English said the government had already bypassed the RMA in some instances to speed up building, including after the Christchurch earthquakes.

"We've seen with the large number of Kiwis staying home, with pressures in the housing market, that the planning system has not been able to respond.

"In fact, this government has had to bypass it each time there's been a significant requirement for change, in Christchurch we bypassed the planning legislation. We did so for large scale urban infrastructure."

The links between the two policies were important and the National Party did not anticipate repealing or removing the RMA.

The new urban planning policy would apply to areas with a populations greater 20,000 to 30,000, he said.

Mr Joyce said the RMA had held back development in the country's cities.

"The RMA's one-size-fits-all approach has restrained the development of our cities, dragged on their economic performance, and restricted the supply of much-needed housing and infrastructure.

"So National will establish a fit-for-purpose planning system that allows our cities to evolve in a way that improves the quality of the local environment, and makes them great places to live and work."

The Productivity Commission has been urging the government to replace the system for some time, with a 516-page report in March calling for an overhaul.

That report said the current system was complex, cumbersome and failed to respond to rising housing demand or adequately protect the environment.

It suggested reducing the rules and imposing more market-based tools to ensure houses would be built faster and cheaper.

When the report was released five months ago, Mr Joyce said the party would continue to push ahead with changes to the act, while deciding whether to adopt the proposals in the election campaign.

Dr Smith suggested that approach had gone as far as it could.

"Over the past nine years we've simplified the RMA and made it easier to build but the RMA is only one part of the planning system, and we have reached the end of what can be done by making incremental changes to the act."

New planning legislation would have clear and separate objectives for regulating urban and natural environments, he said.

"We will set up separate planning and environmental regulations specifically designed to encourage growth while tackling the environmental challenges found in cities, such as air pollution and storm water surges."