The government is being accused of bowing to pressure from the Maori Party and giving iwi preferential rights in resource management legislation. 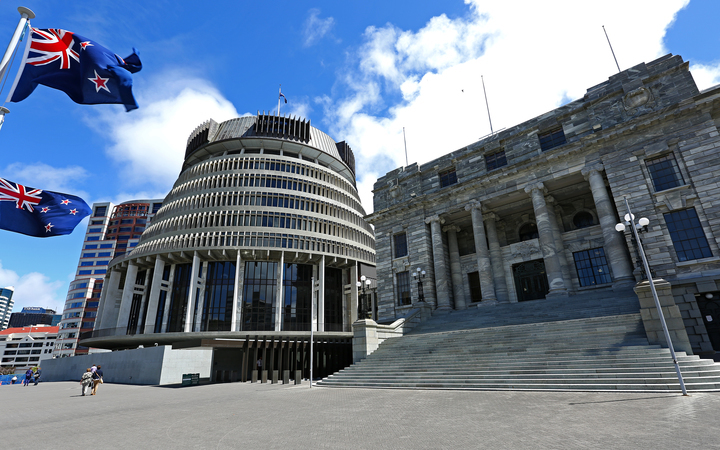 A spat over rights for Māori has erupted as the Resource Legislation Amendment Bill progresses through the House.

Former ACT MPs and NZ First leader Winston Peters railed against provisions they say give Māori too much influence over decisions like consenting.

They say the government has bowed to pressure from the Māori Party, in order to keep them on board, and to make sure the bill is passed.

The New Zealand Centre for Political Research, headed by former ACT MP Muriel Newman, has taken issue with changes made after the bill came back from select committee.

In an open letter she asked Prime Minister Bill English to put the bill on hold, saying it will force local councils to "kowtow" to iwi.

"These agreements with iwi leaders were imposed on the country behind closed doors. The secret deals were shaped with no consultation, no publicity, no warning, and no published minutes or agendas, By giving iwi seats at the council table you will embed the Māori world view and spiritualism into the heart of local government," the letter said,

Mr Peters appealed to National MPs to delay the passage of the bill, and "step back from this separatist abyss", rather than "go down this race based pathway to apartheid."

Securing enough support for the bill has been a battle for the government all the way through, and it took months of negotiations to secure the crucial votes of the Māori Party.

The responsible minister Nick Smith said a few minor changes were made at the select committee stage, but none of them gave iwi the power to decide resource consents.

"Absolutely not, never have, never will. There is no change in the consultative obligations under the RMA that is already covered...what is changing is actually having councils sit down early in the process and work out which iwi covers which particular area, what are the sorts of issues that iwi have an interest in so they can make those planning and resource consent processes work more efficiently."

But he said iwi did retain the right to be consulted over issues important to them, like water consents.

"In my own community my iwi are frustrated that they get hundreds and hundreds or resource consents sent to them in which they have very little interest.

"The Iwi Participation Arrangements will enable them to say, actually the Waikoropupu Springs is very important for them, if you get any consents that come in to take more water or impact on the water quality with the springs you need to talk to us."

Māori Party co-leader Marama Fox said there was nothing in the bill that should cause any concern.

"I'm just really not sure what Winston Peters is scared about having Maori voice at the seat of power. It's not that they want to be detrimental to this country. One of the only groups of people that tried to support the environment and have a direct whakapapa link to our Mother Earth is the iwi Māori."

The party's other co-leader, Te Ururoa Flavell, put it down to election year mischief making.

"The statements by Winston are just divide and rule, the same old story that he runs out every time we get to an election, so we're disappointed about that, because this about a collaborative process."

Parliament began debating the committee stages of the Bill yesterday, a year and half after it was introduced to Parliament.