There is a one-off boost of just over $2 billion in the government coffers as New Zealand heads towards a general election.

But that growth is not likely to be sustained in coming years. 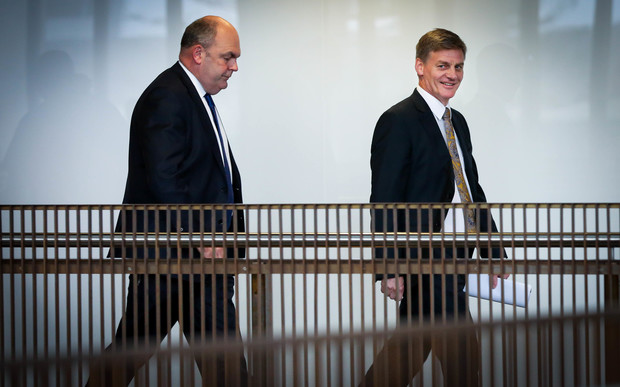 The government has opened the books in the Pre-Election Fiscal Update (PREFU), so all parties can see its finances.

In this update, the operating surplus for the 2017 financial year - which finished on 30 June - is $3.7 billion compared with the $1.6bn forecast in the May Budget.

But the forecast surplus growth tails off after that and, from 2019 to 2021, is expected to be lower than the estimates in May.

Finance Minister Steven Joyce said these numbers did not leave a lot of room for further tax cuts or other measures to boost family incomes. But if National was re-elected, he has signalled another 'families package' in 2020 - and that could happen sooner if there was a significant improvement in economic conditions.

Mr Joyce said a National government would not borrow to fund a second families package, and that would be a condition of any future policy.

Treasury Secretary Gabriel Makhlouf said the boosted surplus in 2017 was partly due to much higher than expected tax revenues, which were not expected to continue.

The economy continues to grow at a steady rate, at an estimated 2.8 percent in 2017 - slighter lower than forecast in May.

It is expected to pick up to 3.7 percent in 2019 before dropping back to 2.3 percent two years later.

That has been driven by continued strong population growth and improved global economic conditions.

"The forecasts show growth's a bit softer, but pleasingly they also show lower unemployment and more consistent growth in wages."

Treasury said while house prices have eased a bit, investment in the housing market was expected to stay strong, but maybe not growing at such a fast pace.

There has been an improvement in expected debt levels in the next four years, with net core Crown debt expected to come down a lot more quickly than Budget forecasts, dropping below 20 percent of GDP by 2021.

Mr Joyce said Treasury expected the job market to tighten over the next four years, with lower unemployment and stronger wage growth. It expected the average annual wage to increase to $65,700 by 2021, up from the current average of $58,900.

He noted the higher surplus for the year just finished.

"However Treasury expects the lower growth forecast to result in surpluses that are $1.8bn lower over the next four years. The net effect is about even.

"There is limited room for any additional expenditure beyond what is already proposed in these forecasts until the 2020 financial year when there is expected to be a $1.7 billion cash surplus. Anything significant in the meantime would involve more borrowing or raising additional tax revenues," he said.

Opening the books give all parties a fresh opportunity to study government coffers and includes overall economic forecasts and analyses of policy decisions.

The previous financial statements showed the surplus was $1.5bn ahead of expectations, due to surging tax revenue and tight control over spending.

A pre-election opening of the books helps parties - and voters - make decisions on what New Zealand can afford and the likely policy costs for an incoming government.