Labour is under pressure to provide more detail on its tax plans, but is keeping its cards close to its chest - for now. 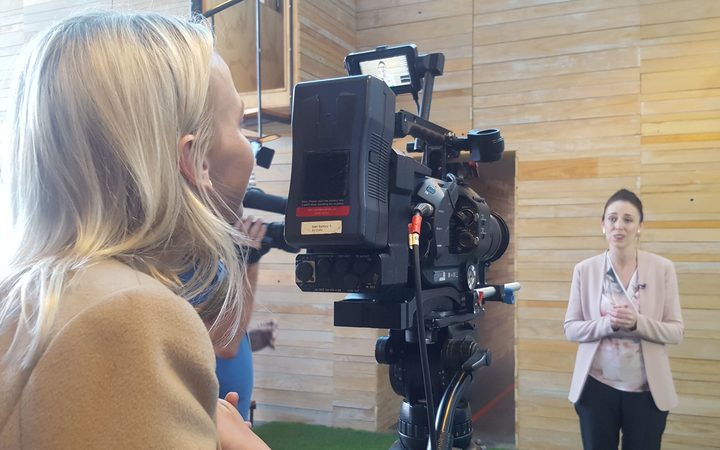 However, party leader Jacinda Ardern has once again said Labour would retain the right to introduce a capital gains tax in its first term of government.

She would not rule out such a tax applying to a farm or business saying only it would not cover the family home.

And the leaders of both National and Labour will be watching closely as the Treasury opens the government books tomorrow revealing how much money both parties have to dole out as election sweeteners.

Ms Ardern launched her party's new ad campaign in Auckland today - the result of some long nights for the agency involved given the tight turnaround after she became Labour leader three weeks ago.

But the questions for Ms Ardern after the launch were mostly tax-related.

She has taken a different position from her predecessor Andrew Little on the timeframe for introducing any capital gains tax.

Mr Little wanted to take any recommendations out of a tax working group to the electorate at 2020, but not so for Ms Ardern.

"What I'm making clear is I want the ability to act on those recommendations when we're in government, so I will be using that prerogative because I expect New Zealanders will want me to show leadership on that issue."

Ms Ardern has flatly ruled out a capital gains tax applying to the family home, but was kicking everything else to touch.

"Beyond that we actually don't know if a working group would actually recommend going down the track of a capital gains tax, so I don't want to predetermine or prejudge what they might recommend."

Asked whether Labour would raise the tax rate for very high income earners Ms Ardern said her party needed to wait until it knew how the government's books look when they're opened tomorrow.

"I do want to take a bit of time to look at [the Pre Election Economic and Fiscal Update], we'll move as quickly as we can, but certainly we'll be giving an indications for voters of our direction of travel well before election day." 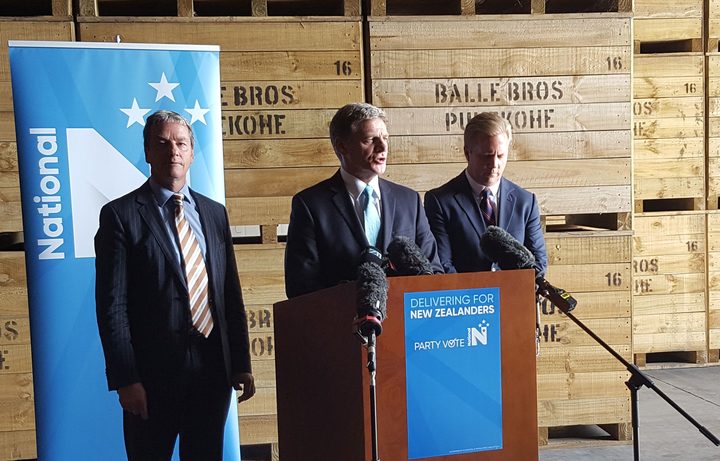 It was standard campaign trail fare for National Party leader, Bill English, as he and his entourage donned high-viz vests and visited packhouses in Pukekohe and Katikati today.

He also told media Ms Ardern needed to give the public a clear idea of what Labour has planned.

Mr English said he expected the opening of the books tomorrow to reflect sound financial management.

"The economy's on a good track, the government's books are sound, we've got positive choices and we are making them. Like yesterday announcing 600,000 people will have access to lower cost GP visits."

Meanwhile the Green Party has lost two of its senior staff with its chief of staff and political director quitting after the turmoil surrounding the resignation of the co-leader, Metiria Turei.

At the time, many MPs and commentators questioned the advice Mrs Turei was receiving, and RNZ understands the staff departures have come as a result.