Andrew Little has stepped down as Labour's leader, and says he will back Jacinda Ardern in the role. 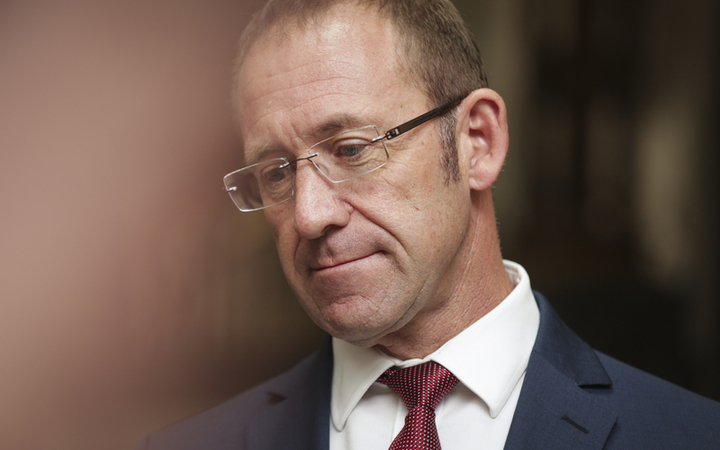 Speaking to reporters ahead of a caucus meeting, Mr Little said recent polls had been disturbing and disappointing and he took responsibility for that.

"I've just confirmed to the Labour caucus that I will step aside as leader of the Labour Party.

"In the end, as leader you have to take responsibility, and I have and I do."

The polls had shown a gradual decline over the past six weeks, and he believed the issues Labour was campaigning for would be better served by a new face and new leader, he said.

"We've not been able to get our message out about the things that actually matter."

He had yet to see a list of candidates but expected Ms Ardern to step up.

Labour recorded its lowest results in the latest TVNZ and Newshub polls at 24 percent, and Labour's own internal polling gives it 23 percent support.

"It became pretty clear that the story around those polls was building a narrative, day after day, that meant we were not able to, have not been able to get our messages about the things that actually matter," Mr Little said.

"I take responsibility for that and it is my judgement that the party and the people who we are campaigning for, would be better served by a new leader, who can bring a fresh face and fresh voice to this vital campaign in the general election this year."

Mr Little said his Labour colleagues had been incredibly generous and supportive in recent days and there had been good, mature discussions about what was needed heading into the election campaign's crucial upcoming weeks.

"We need to get our message out way more clearly than we have done. I have absolute confidence in Jacinda - of course if she does step up and choose to be the leader.

"But I have absolute confidence in her ability to do that."

Yesterday Mr Little told Morning Report he had talked to senior MPs about whether he should step aside before September's elections but they said he should stay on.

Mr Little was still denying he would stand down just hours before the meeting.

He told RNZ reporter Mei Heron as he arrived at Wellington Airport this morning that he would not be offering his resignation at caucus, or asking for a vote of confidence.

Just spoke to @AndrewLittleMP he says he's NOT offering resignation and NOT asking for a vote of confidence. @rnz_news

Former Labour party president Mike Williams said there had been plenty of debate within the caucus over the past 48 hours, and a circuit breaker was required.

"We can't just walk the plank without doing something," Mr Williams said.

"My guess ... is that ... there will be only one nomination to replace [him] and that will be Jacinda Ardern."

He described a possible deputy to Ms Ardern's leadership, Kelvin Davis, as a "dream team".