Labour's deputy Jacinda Ardern is not thinking about a 'Plan B' when it comes to the party leadership she says, after two disastrous poll results have left Labour MPs reeling. 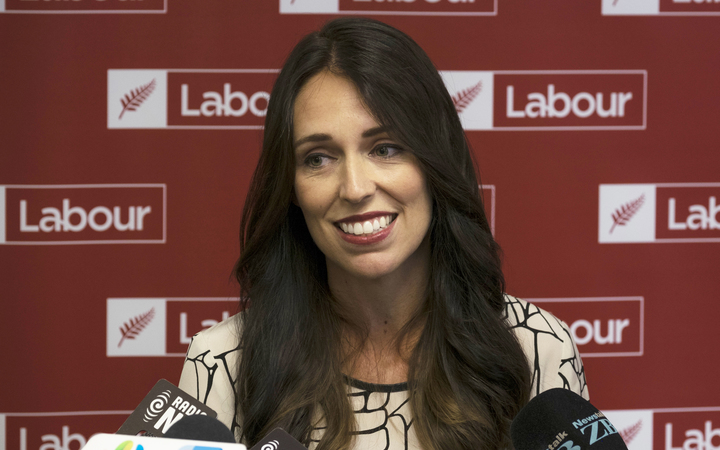 Mr Little consulted senior colleagues late last week about whether he should stay on as leader after Labour recorded 24 percent in the One News Colmar Brunton poll, its worst ever result in that survey.

A second poll also has Labour's support dropping - the party's internal UMR poll has it at 23 percent, 6 points down from June.

Ms Ardern said she was fully backing Mr Little and that he was acting in an open and honest way.

She was asked whether she would be prepared to step in as leader, if a vacancy occurred before the election.

"My focus is supporting Andrew and doing my bit and making sure we run the best campaign that we can."

She said of course Labour would like to see its support higher.

"A lot can happen in seven weeks, we just have to make sure New Zealanders are hearing the different political offerings that are out there and that they have a chance to vote on the issues, rather than distractions."

Under Labour Party rules the election of a new leader is decided by 40 percent caucus, 40 percent party membership and 20 percent by the unions.

But if a leadership vacancy arises in the three months before a general election a new leader is elected by a simple caucus vote.

Labour's Napier MP, Stuart Nash, said he backed Andrew Little 100 percent and has urged him to stay on as leader.

"If we did change the leadership we would absolutely implode - it would be a disaster."

"As a good, responsible leader he's thought about all of his options, he's made very clear that he is in the for the fight... and we're backing him to do that."

Mr Robertson said he had seen no indication that Andrew Little would step down in the weeks before the election.

"Andrew has my support, he's the duly elected leader of the party, he's been out in front working his guts out for us - he's a tough guy, this is a tough fight."

Former party leader David Cunliffe had no comment to make about the situation facing Mr Little and Labour, except this piece of advice: "focus on unity and the difference Labour can make for New Zealanders".

The UMR poll also has National down 5 points to 42 percent.

The Greens were up three to 15 percent, with New Zealand First jumping from 11 to 16 percent.