Opinion- There is always something faintly absurd about picking over political party announcements in the early days of an election campaign. 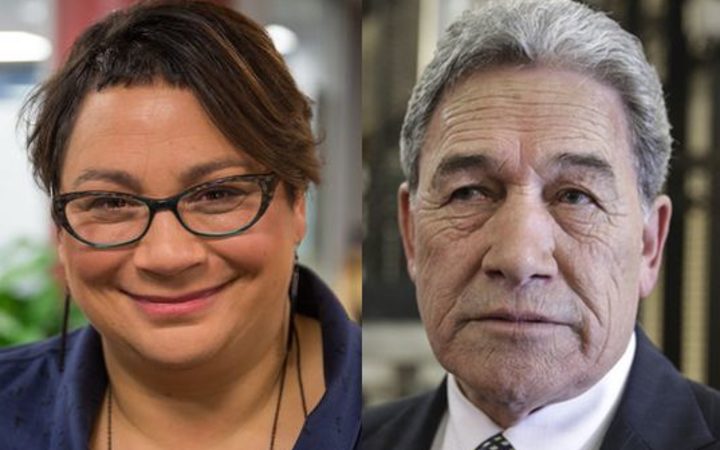 While pundits and wonks rely for their livelihoods and column inches on finding devil in the detail, that is not how ordinary voters form the opinions that will ultimately inform their votes.

They are appealing to emotion and instinct. We may have evolved into the planet's apex species due to size of our neocortex, but when it comes to ticking boxes on a voting paper it's the old mammalian brain that guides the pen.

Peters is perhaps the most attuned to this truth. When he sounds off about the "shiny bums" of Wellington's bureaucracy, or winks in the direction of Donald Trump by trolling reporters about "fake news", he isn't exactly encouraging his fellow citizens to think deeply.

He's been accused of being a political dinosaur many times, but maybe his detractors should ponder the possibility that this only makes him more adept at targeting the reptile brain in all of us.

Similarly, NZ First's major announcements at its conference - two referendums on abolishing the Maori seats and reducing the size of parliament - are less closely argued policy than an exercise in prejudice confirmation.

If anything, The Greens' Metiria Turei hit the high emotional notes even more effectively by framing the party's welfare reforms with her own experiences as a beneficiary.

It's doubtful your average National or ACT voter will have had their minds changed, but what better way to win the hearts of anyone who's had to fiddle the system just to make ends meet?

My bet is that the Greens also grasp one of Jeremy Corbyn's main tactics in the UK - that the bloodless, technocratic politics of the status quo are most vulnerable to a sentimental appeal to community values, human dignity and fellow feeling.

It makes sense when you consider the essentially tribal nature of party politics. Voters have been shown to be primarily influenced by their parents' political leanings, and political groupings require a degree of common interest to succeed. The ties that bind are emotional, not intellectual.

While most sane people will concede this, the electoral charade demands of its participants a certain deference to rational discourse and analysis. Manifestos are dissected, policies costed, entrails examined, in order to maintain the pretence that parliamentary democracy thrives on logic and reason.

This is not to say that the contest of ideas is not also central to the political process. After all, you have to have something to argue about in the first place. It's just that we're better disposed to someone whose ideas reflect our own. That's an emotional response.

This has even been demonstrated scientifically. Humans like to avoid distress, be it physical or mental, and the ancient limbic system in our brains seems to "recruit" beliefs that eliminate distress and conflict. In other words, we react instinctively to ideas that either confirm or confront our own bias.

Given both the Greens and NZ First are likely to benefit from any disillusioned drift from a lacklustre Labour, their plays for different emotional heartlands - compassionate liberals, fed-up battlers - would seem to demand a response in kind. I'm not sure that Labour's slogan - "A Fresh Approach" - quite passes Jeremy Corbyn's "for the many, not the few" test.

But it's relatively early days, and Labour may yet find its mojo. Beyond the rolling policy detail and campaign rhetoric, it's the appeal to something deeper, something bigger, that will affect the vote on September 23. We talk about the "mood" of the nation, but right now that mood is still up for defining.