KiwiRail reversed a decision to make a report public after Transport Minister Simon Bridges' office raised concerns with one of its executives. 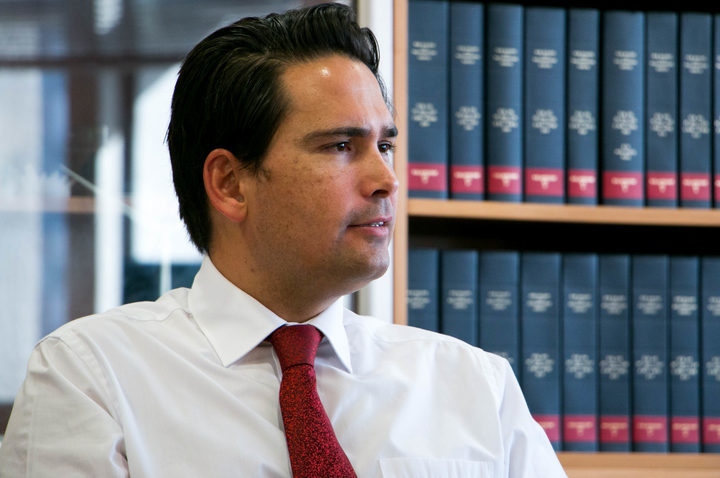 New emails obtained by RNZ reveal their back-and-forth over how to respond to a request for official information about a proposed rail freight line between Wiri and Westfield, in Auckland.

The new correspondence shows the state-owned company eventually conceded after Mr Bridges' officials escalated the matter to one of KiwiRail's executives.

On 6 June, KiwiRail reversed its initial decision to release the document in full and instead decided to withhold it altogether.

It changed its draft response to read: "Disclosing the document could inhibit KiwiRail from carrying out, without prejudice, future negotiations."

Mr Bridges' staff immediately replied: "The Office is supportive of this response."

However just days earlier, on 1 June, KiwiRail said its legal advice was that releasing the report "would be unlikely to prejudice our negotiations".

It said it would therefore struggle to justify holding it back.

The next day, Mr Bridges' staff contacted a member of KiwiRail's executive, Todd Moyle, saying they were "extremely uncomfortable" with the document being released.

After three days of media scrutiny and questions, KiwiRail changed its mind again, telling the minister's office it now intended to release the document publicly.

Mr Bridges has previously defended his officials' actions, saying they were right to push back against Kiwirail's initial view the report should be released.

He said the document was a very early draft and materially wrong in many respects.

The Ombudsman is to properly investigate the case after New Zealand First formally requested it do so.

Chief Ombudsman Peter Boshier this week wrote to Prime Minister Bill English, asking for an assurance ministers are following the law when dealing with official information.