Green Party candidate Golriz Ghahraman says given the rise of populism in global politics it's important she, as a former refugee, stands for Parliament.

Ms Ghahraman, 35, a human rights lawyer, and former Auckland mayoral candidate Chloe Swarbrick, 22, have moved up the rankings in the Green's final party list, sitting at 10th and 9th respectively. 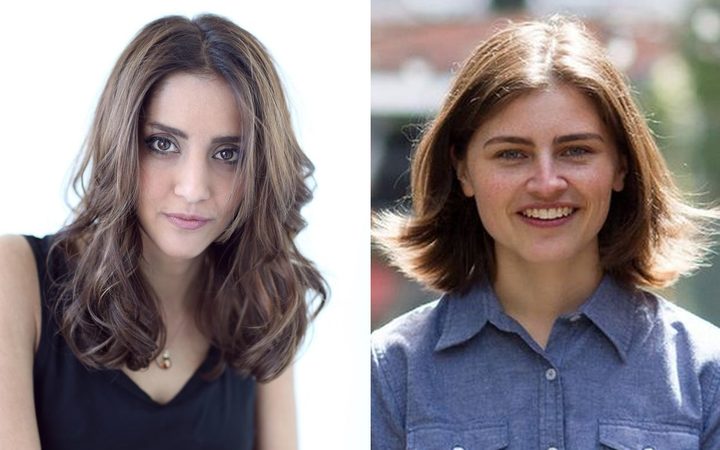 The pair, alongside broadcaster Hayley Holt at 17th, form the "strongest" line-up of female candidates for the September election, the party said.

As a refugee from the Middle East, Ms Ghahraman said, it was important to stand when populism and division were rising in politics around the world.

"It is literally safeguarding our rights and our democracy, I think they're under threat by this government," she told Morning Report.

"Whether it's passing legislation under urgency to cut people off from the Human Rights Act, or dismantling local democracy in Canterbury, or leaving behind our most vulnerable when we've got child poverty stats that are now a concern for the United Nations.

"None of those things seem particularly Kiwi to me so I'll be fighting to bring us back to those Kiwi values," she said.

Ms Ghahraman was nine when she and her family fled Iran and sought asylum in New Zealand.

She has since studied international human rights law at Oxford University, and has worked at the United Nations' various ad-hoc tribunals "putting world leaders on trial for misusing their powers".

Under current Green Party polling, Ms Ghahraman and Ms Swarbrick would be likely to make it into Parliament.

Ms Swarbrick, who if elected would be the youngest MP in 42 years, said "politics was not where I saw my life going".

But during her time as a journalist at 95bFM in Auckland she grew "incredibly frustrated" when she would interview politicians and never get a straight answer, she said.

Her producer told her to "stop complaining and do something about it," so she ran for the Auckland mayoralty.

During that time, Ms Swarbrick questioned the assumptions of what a politician was supposed to look like.

"I think it all really comes back to what the Greens have been talking about for decades now, it's values," she said.

"What New Zealanders are really yearning for is a vision, and right now we've got a lot of cognitive dissonance quite frankly about the way our country is operating.

"We're pushing poverty further and further into the shadows, whether it be $150 fines for window washers or putting homeless people up in motels.

"I think the best way we can go about turning out the vote is just genuinely talking about things that people care about."