Any extension of teaching Te Reo in schools would depend on whether the resources are available for it, the incoming Education Minister says. 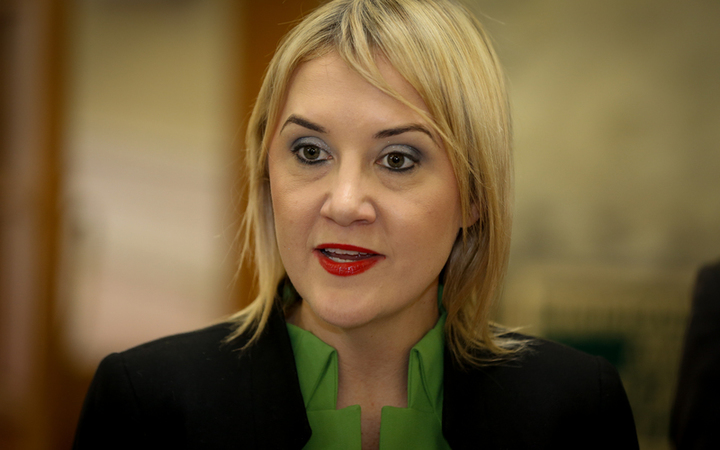 Nikki Kaye will become the Minister of Education next week, taking over the role from Hekia Parata who is standing down. Photo: RNZ / Alexander Robertson

The former Prime Minister, Jim Bolger, has called for the teaching of the Māori language to be compulsory in schools.

Nikki Kaye said there would be a healthy debate on the issue at the coming election.

But Ms Kaye told Morning Report the issue may be whether there were the resources for a considerable expansion in Māori language classes.

"We've put in several hundred new scholarships, but any discussion around language, I think whatever you want to do you have got to look at actually how you resource that workforce, so I'd be interested if we do have a shift in policy, to be able to demonstrate how we would actually resource that."

She said she would comment further on the issue when she becomes the Minister next week.

Ms Kaye, who has been an associate education minister since 2013, officially takes the reins next week from Hekia Parata, who is standing down.

She said she wanted to continue to ensure the quality of learning online was high, by investing in new technology to help teach students.

"The world is changing. We've connected almost every school to fast-connection uncapped data and we need to leverage that from a learning perspective. So that'll definitely be a focus."

There were no current plans to add more charter schools to those already in the pipeline, Ms Kaye said.

Performance pay, the idea that some teachers are better than others and should be paid more, was not one of the government's policies, she said.

"There are a number of schools across New Zealand that have the PaCT (Progress and Consistency Tool) and they are really focussed on ensuring that there is accountability at a student level in terms of progression, but that's not performance pay and that's not our policy."