Gerry Brownlee has been named the new Foreign Affairs minister, with Nikki Kaye to take the Education portfolio in a Cabinet reshuffle announced today. 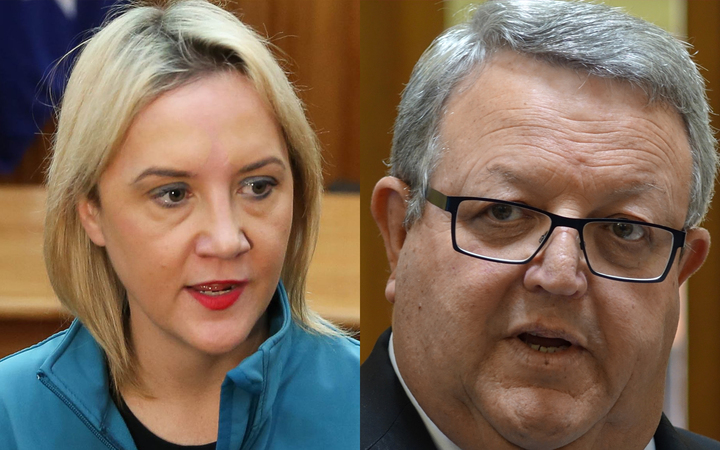 Foreign Affairs Minister Murray McCully and Education Minister Hekia Parata have both previously announced they would not be standing standing in this year's general election.

Gerry Brownlee and Jonathan Coleman were both tipped earlier as likely picks for the Foreign Affairs role with Nikki Kaye favourite for the Education portfolio.

Nathan Guy becomes Minister of Civil Defence, while Mark Mitchell has been promoted to Cabinet and will take the Minister of Defence portfolio from Mr Brownlee.

Transport Minister Simon Bridges has been appointed Leader of the House and Nicky Wagner has been made Minister supporting Greater Christchurch Regeneration, another portfolio previously held by Mr Brownlee.

Tim Macindoe and and Scott Simpson, who have both served as chairmen of select committees, have been appointed ministers outside Cabinet.

Social Housing Minister Amy Adams takes on responsibility for the Crown land programme and will have more involvement in the government's house building programme.

Mr McCully is New Zealand's third longest-serving foreign minister, behind Sir Keith Holyoake and Sir Don McKinnon, and Ms Parata was in charge of the education portfolio for five and a half years.

The swearing in of new ministers will take place on 2 May. 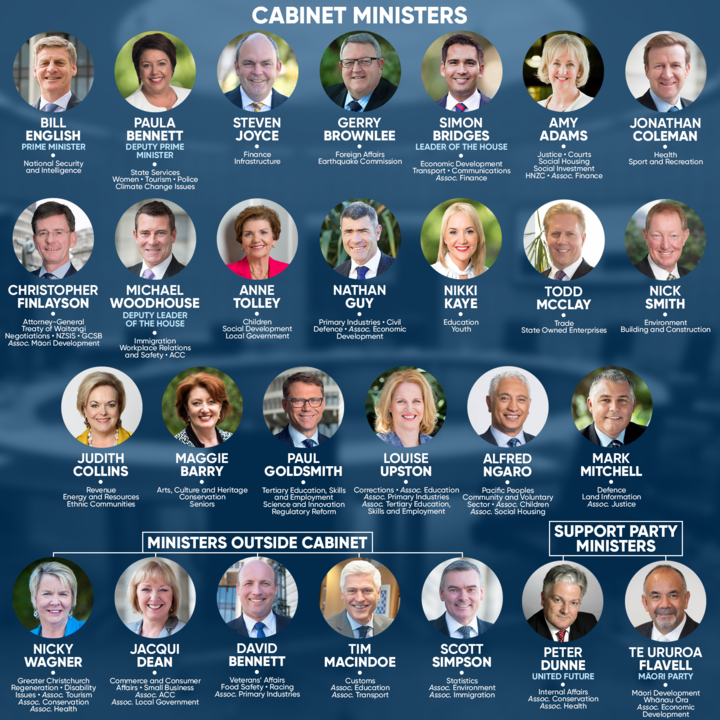