Murray McCully leaves New Zealand today on what is likely to be his last trip as Foreign Minister. 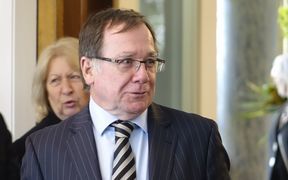 A new foreign minister is expected to be appointed in a Cabinet reshuffle to be announced tomorrow.

Education Minister Hekia Parata is also expected to step down in the reshuffle.