Talks on upgrading the New Zealand-China Free Trade Agreement will begin on Anzac Day, the Prime Minister and the Chinese Premier have announced.

China's Premier Li Keqiang, the second-ranked member of the Chinese government who is in charge of the country's economic policy, is in New Zealand and held talks with Prime Minister Bill English today.

He was welcomed to New Zealand with a pōwhiri this morning, after arriving in Wellington last night.

The two met meeting at Premier House this morning to discuss trade and other issues.

The two countries have also signed a number of agreements, including one that allows access to China for chilled meat from 10 New Zealand meat processors, initially on a six-month trial with a view to later expanding trade. 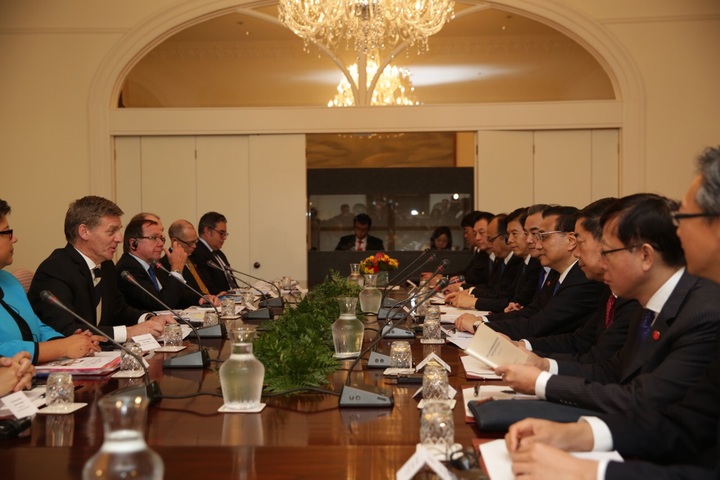 Also agreed is an increase in the number of direct flights allowed between China and New Zealand, from 49 to 59.

At a press conference this afternoon, Mr English said he expected there would be more products exported to China from New Zealand under an upgraded agreement, and he particularly expected health-related products would be in demand.

Mr Li said he did not have the relevant information on steel dumping but China would neither accept dumped steel from other countries or allow companies from China to dump steel in other countries.

He said if there were companies illegally dumping steel they would be punished.

"The two countries can work together to combat these kind of rule-breaching and immoral practices."

He said 90 percent of steel products in China were used domestically, but there was a global oversupply of iron and steel.

He said 5 percent of New Zealand's zinc-coated steel came from China, but half of China's dairy products were from New Zealand. 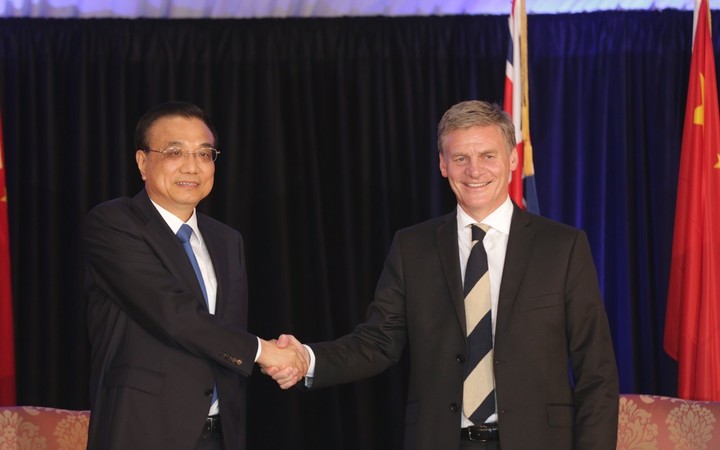 Mr English was asked how he could ensure the quality of dairy products exported to China.

He said New Zealand had a much upgraded process for ensuring the products would be safe.

"Keep in mind with the free trade agreement there will be a lot of other products that will be going in there, particularly the health products will be highly sought after."

On the South China Sea, Mr Li said China was aiming through its new Belt-line initiative to create a new maritime silk road.

"All sides believe negotiations are the way out, and negotiations between China and all other parties involved are going smoothly.

"Each year there are over 100,000 ships going through these waters with no incidents of piracy."

Mr English said he hoped to discuss global and regional issues, and they would be announcing a number of initiatives "which give real effect to the strengthening of our relationship in trade, people to people contacts, air services, research and the environment."

He said the relationship was now in its 45th year and in great shape - "It's deep and it's broad and my government and I are committed to its ongoing success."

He said the close ties were also the result of Chinese and New Zealand people visiting each other's countries, which further deepened their understanding of each other. 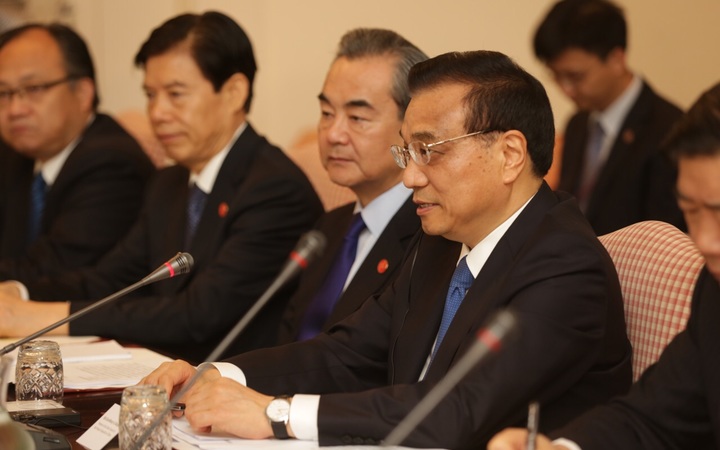 "Mary and I very much enjoyed the opportunity to dine with you and Madame Cheng last night and I hope you enjoyed it as much as I did," Mr English said. 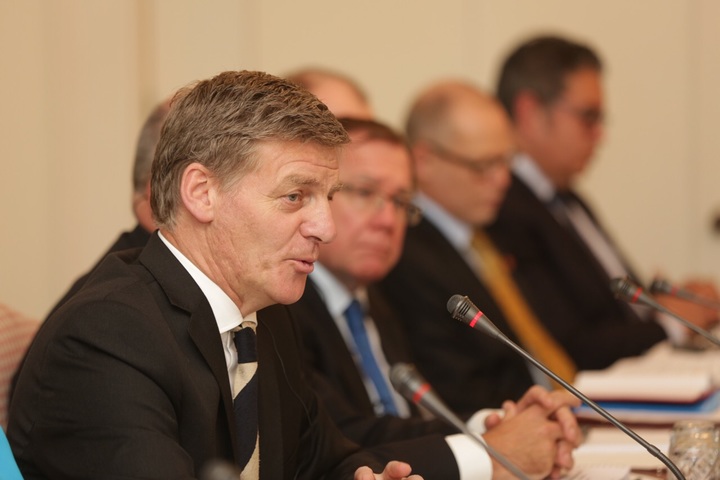 The country wants to push ahead with the Regional Comprehensive Economic Partnership, a 16-nation trade deal that would include New Zealand, Australia and China.

There were also reports China was interested in joining a revived Trans-Pacific Partnership (TPP), which the United States pulled out of after Donald Trump was elected president.

Mr Li will fly to Auckland tonight for a number of engagements before leaving New Zealand on Wednesday.