Chinese Premier Li Keqiang has arrived in New Zealand at the start of his three day visit. 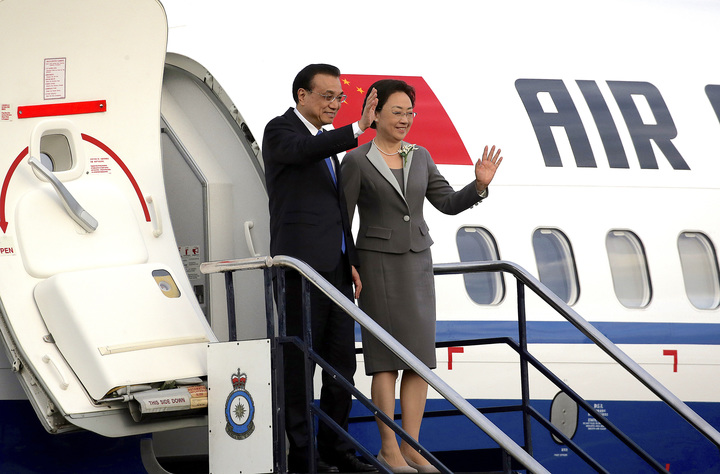 He's leading a business delegation that flew into Wellington on Sunday evening.

Several busses carrying Chinese people arrived outside the terminal, with people wearing red shirts and holding banners and both Chinese and New Zealand flags) to greet the Premier.

There were no obvious protesters.

Mr Li, the second highest ranking person in the Chinese hierarchy, will tonight attend a private dinner with the Prime Minister at Premier House.

Official talks with the government are due to be held tomorrow, and trade deals are expected to be the main focus.

The executive director of the New Zealand China Council, Stephen Jacobi, said the meeting was a great opportunity to demonstrate that both countries were serious about free trade.

Mr Jacobi said New Zealand's representatives would need to focus on the remaining barriers for dairy and meat and horticulture exports, as well as e-commerce and investment.

Mr Jacobi said China was under no illusion about New Zealand's deep attachment to the Western world and Europe, but knows this country is also keen to develop interests in the Asia-Pacific region.