An upgrade of the free trade agreement between New Zealand and China is being sought by Prime Minister John Key, as he meets with his Chinese counterpart. 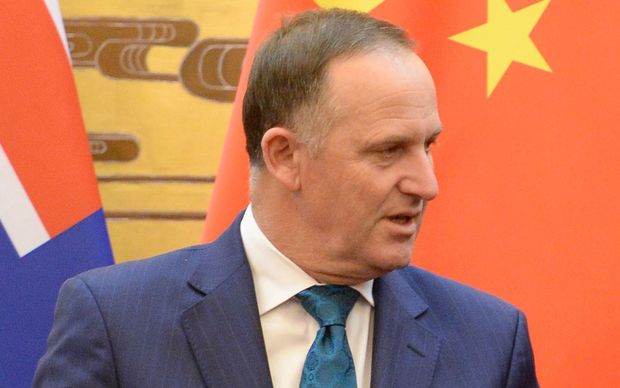 Mr Key said he was quietly confident he would be able to convince Chinese leaders to start negotiations on the upgrade to the deal during a meeting in Beijing tonight.

More from the Prime Minister's visit to China

The trade deal with China was signed in 2008 and, while it has meant greater access for New Zealand commodities, there are still a number of trade barriers and safeguards in place.

Mr Key said Chinese Premier Li Keqiang had acknowledged the China-New Zealand Free Trade Agreement (FTA) needed to be reviewed, but he would seek to get a commitment from President Xi Jinping during tonight's meeting.

"In terms of a formal renegotiation, I think - that's of the FTA and the elimination of the safeguards - I think that's possible, but there is more work to be done.

Last week, Mr Key said two-way trade with China was now worth nearly $19 billion, but it could be more.

There were up to 60 people living in New Zealand who China wanted to extradite for fraud and embezzlement, he said.