None of Labour's Māori electorate MPs will stand on the party list, saying they want to fight for the seats on their own merit. 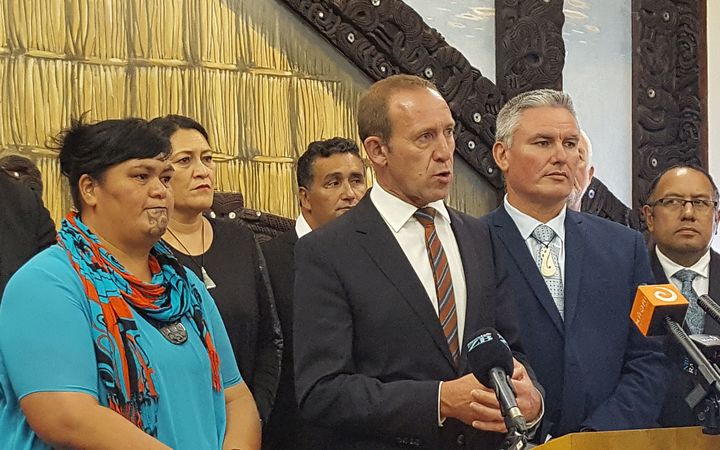 The Labour MPs contesting the seven Māori seats have been given a waiver by the party to stand as electorate-only candidates.

The moves means they will need to win the seats to get back into Parliament.

Leader Andrew Little said this was a direct challenge to the Māori Party, which had failed Māori after being "shackled" to the National Party for nine years.

"They have neglected their people for too long, thinking that the crumbs that fall off the Cabinet table are all that matters."

The party would take nothing for granted, he said.

"And our MPs will be working hard to win the trust of voters.

He said Labour would offer Māori the strongest, organised political voice of any political party in New Zealand.

"I would be very proud if I had the privilege of forming a government after the 23rd September, to be leading a caucus that has that voice. With our Māori MPs with a permanent seat at the table and integral to our party and its policy-making and decision-making."

The Māori Party recently struck a deal with Mana, under which they will not stand against each other in any of the Māori seats.

Labour president Nigel Haworth said the party backed its MPs to win, which was why it had agreed to the waiver.

Peeni Henare, the party's Māori development spokesperson and MP for Tāmaki Makaurau, said this move was at the request of the Māori electorate MPs.

"We approached the party and asked to stay off the list as a show of strength, unity and confidence in our ability to build on the success that we enjoyed at the last election."