The number of animals reared for food will have to drop substantially if New Zealand wants to meet a goal of zero carbon emissions by 2050, a report says. 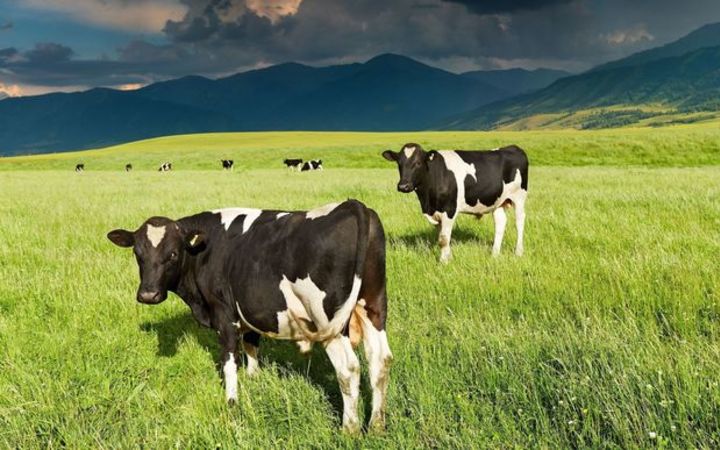 35 MPs from across the political divide are backing the report, released today, that maps out the way for New Zealand to reach the target.

New Zealand has already signed up to the Paris Agreement, which has an emissions reduction target of 30 percent below 2005 levels by 2030.

Uncertainty hangs over the deal after US President Donald Trump dismissed climate change as a hoax during his presidential campaign and vowed to withdraw the United States from the agreement.

Vivid Economics produced the report for GLOBE New Zealand - the group of MPs.

The report plots different future scenarios, to allow law-makers to see the effect of particular decisions and identify possible trade-offs and perverse outcomes.

"People look at what's happening in the US at the moment and are perhaps concerned it might be a challenging few years for climate policy and climate action," he said.

"I do also think there are enough signs to give us confidence that elsewhere in the world people are still accelerating action and continuing to think this is a really important global challenge."

The first scenario predicted a significant change in the energy sector with a 75 percent increase in renewable energy by 2050, but land use for the likes of agriculture remaining largely the same, except for efficiency improvements.

That would reduce emissions by 10 to 25 percent by 2050 but would not be enough to achieve zero emissions, the report found.

It concluded that in order to achieve zero emissions, there would have to be a shift away from pastoral agriculture, a reduction of stock numbers of up to 35 percent, with a focus instead on horticulture, crops and planting new forests on an additional one million hectares of land.

The report recognised the demands of food supply into the future, and the possibility other countries would step in to fill the breach if New Zealand substantially reduced its agricultural production and exports.

That was where the Paris Agreement could help to drive a global strategy for food consumption and production, the report said.

"This could include reducing losses and waste in the supply chain; changing diets from animal products to plant-based food with equivalent protein content; and a reduction in over-consumption".

It also urged the government to adopt a "strong, predictable" emissions price and "substantial" electrification of the passenger vehicle fleet.

Mr Ward said bringing in a high and stable price for carbon was never an easy thing.

"At a household level we are now getting increasing knowledge about how to make sure that any impacts that are felt in terms of energy prices for the most disadvantaged households, how they can be offset."

The report noted the need to build on the political consensus.

Scott Simpson, one of the National Party members of the group, said climate change was a challenge that would face all governments, of whatever stripe.

"These are issues that don't fit neatly into a three-year parliamentary cycle.

"So it make sense for us to not be too politically isolated in terms of how we approach issues of this sort, I think it's been a good process."

MPs from Labour, the Māori Party and New Zealand First were also involved.

ACT leader David Seymour was a member of the group but was not endorsing the report.

The report will be formally launched at parliament this afternoon.